CEZ is part of a project for the potential mining of lithium, a material critical for EV batteries, in the Czech Republic.
By : Reuters
| Updated on: 27 Jul 2021, 19:20 PM 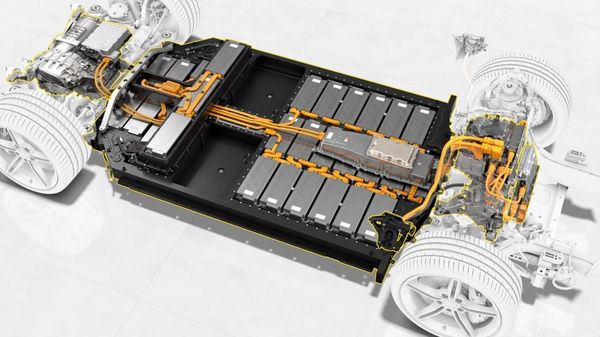 Czech Republic is one of the locations that Volkswagen is considering for one of six battery cell plants it aims to build in Europe by 2030.

The Czech Industry Ministry and majority state-owned utility CEZ on Tuesday pushed ahead with plans for an electric vehicle battery plant in the central European country as they look for partners in the more than $2 billion project.

The Czech state is also looking to attract a partner from the car or battery industry for the project that could have annual capacity of 40 GWh. Industry Minister Karel Havlicek said talks have been held with Volkswagen, which owns Czech carmaker Skoda Auto, and also South Korea's LG.

On Tuesday, the ministry and CEZ signed a memorandum of support for the project, with the expected investment in the first phase of the project reaching more than 50 billion crowns ($2.29 billion) and creating 2,300 jobs.

On the talks with other partners, Havlicek said that it could not be ruled out that a second plant project would emerge in future but that was not the goal of the state at the moment.

"Our goal is to build one plant but we are in talks with two partners," he said.

Havlicek has said the state was ready to offer incentives for an investor.

The country is one of the locations that the German auto group Volkswagen is considering for one of six battery cell plants it aims to build in Europe by 2030.

A VW executive said this month the group was in "deep" discussions on a plant in the central European region but no decision had been taken yet.

CEZ has looked more at the development of electromobility as the car sector - a key part of the Czech economy - transitions toward an electric future.

CEZ is part of a project for the potential mining of lithium, a material critical for EV batteries, in the Czech Republic.