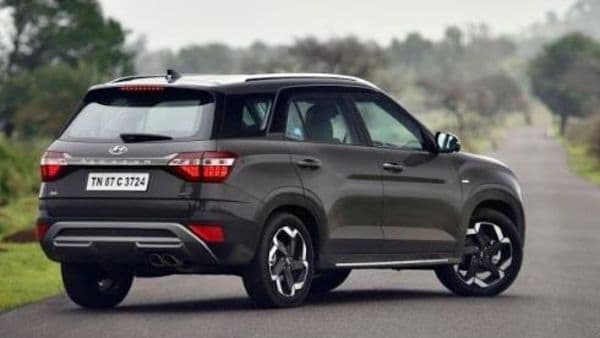 Hyundai reported a decline of 23.6 per cent in total sales in September.

Hyundai Motor India Ltd (HMIL) saw a sharp decline overall sales last month amid the global chip crisis. The carmaker clocked 45,791 of sold units in September, down by almost 24 per cent from the same period last year. Hyundai had sold 59,913 units in the September last year.

Hyundai said its domestic sales have declined by more than 34 per cent to 33,087 units last month. Last year, during the same period, Hyundai sold 50,313 units. However, Hyundai's exports have increased by 34.3 per cent to 12,704 units.

In August this year, Hyundai had sold 46,866 units in the Indian market, which was a marginal 2.3% growth over August of 2020. Compared to August this year too, Hyundai's sale has gone down in September.

Hyundai launched two flagship models this year. First it launched the Alcazar, its first three-row SUV for the Indian market. Later, it brought in its first N Line model i20 as well.

Alcazar was launched back in June this year, at a starting price of ₹16.30 lakh, and it was placed to take on some of the other three-row SUVs like the Tata Safari and MG Hector Plus. With the launch of the Mahindra XUV700 on Thursday, the Alcazar now has quite a competition at hand. Alcazar received more than 11,000 bookings in less than a month of its launch. But it did not consolidate much as the carmaker reported that bookings crossed only 14,000 by end of July.

Hyundai Creta, which has been one of the biggest success stories for the Korean carmaker in India in recent times, also failed to lift the sales numbers this time. Hyundai Creta has been consistently leading the compact SUV segment in terms of sales for the past several months. Both Creta and Alcazar have ensured that Hyundai remains the leader in the SUV market in India.

Hyundai also drove in the i20 N Line model to India early last month. Launched at ₹9.84 lakh, it is targeted towards the urban enthusiasts. Hyundai hopes the success of the i20 model to also rub in on its first N Line model for India.