Coronavirus: Volkswagen to close most European plants 'for two to three weeks'

"Ensuring the health and safety of our employees and their families is the most important priority in this situation. The primary objective is to slow down the spread of coronavirus as much as possible,” said CEO Herbert Diess at Volkswagen’s annual media conference.
By : Reuters
| Updated on: 17 Mar 2020, 05:45 PM 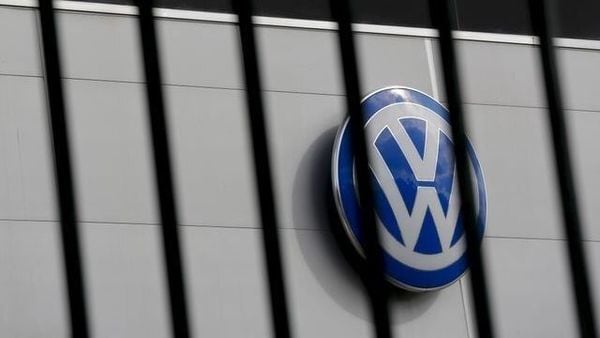 A logo of Volkswagen is pictured at a Volkswagen dealership in Spain.

Volkswagen Group, the world's biggest carmaker, is suspending production at factories across Europe as the coronavirus pandemic hits sales and disrupts supply chains, the company said on Tuesday.

The German carmaker, which owns the Audi, Bentley, Bugatti, Ducati, Lamborghini, Porsche, Seat and Skoda brands, also said that uncertainty about the fallout from coronavirus meant it was impossible to give forecasts for its performance this year.

"Given the present significant deterioration in the sales situation and the heightened uncertainty regarding parts supplies to our plants, production is to be suspended in the near future at factories operated by group brands," Chief Executive Herbert Diess said on Tuesday.

Volkswagen's powerful works council concluded it was not possible for workers to maintain a safe distance from each other to prevent contagion and recommended a suspension of production at its factories from Friday.

Production will be halted at VW's Spanish plants, in Setubal in Portugal, Bratislava in Slovakia and at the Lamborghini and Ducati plants in Italy before the end of this week, Diess said.

Most of its other German and European factories will prepare to suspend production, probably for two to three weeks, while Audi said separately it would halt output at its plants in Belgium, Germany, Hungary and Mexico.

Volkswagen's vast factory in Puebla, Mexico, and plants in Brazil and the United States were not affected but that would depend on how the coronavirus spreads, VW said.

Volkswagen has 124 production sites worldwide of which 72 are in Europe, with 28 in Germany alone.

"2020 will be a very difficult year. The coronavirus pandemic presents us with unknown operational and financial challenges. At the same time, there are concerns about sustained economic impacts," Diess said.

Volkswagen Group sold 10.96 million vehicles last year, putting it ahead of Toyota based on the latest figures from the Japanese carmaker. Globally, VW employs 671,000 people and it delivered 4.86 million vehicles to European customers in 2019.

Only last month the car and truck maker based in Wolfsburg in Germany predicted that vehicle deliveries this year would match 2019 sales and forecast an operating return on sales in the range of 6.5% to 7.5%.

"The spread of coronavirus is currently impacting the global economy. It is uncertain how severely or for how long this will also affect the Volkswagen Group. Currently, it is almost impossible to make a reliable forecast," Chief Financial Officer Frank Witter said.

Sales in January and February were down about 15% and earnings before interest and taxes in the first three months of the year were expected to at least halve compared with the same period a year earlier, Witter said.

While VW was preparing to suspend production in Europe, manufacturing has resumed in China, with the exception of plants in Changsha and Urumqi, and the company still plans to boost its operations in the country where the coronavirus first emerged.

"We are looking at ways in which we can strengthen our position in China," CEO Diess said. VW has joint ventures with Chinese automakers FAW and SAIC.

Volkswagen Group also said its operating profit rose 22% to 16.9 billion euros ($18.5 bln) in 2019 thanks to strong sales of higher-margin cars and lower diesel charges, defying an industry downturn that has hurt rivals.

Earnings were driven by higher profits at its VW, Porsche, Seat and Skoda brands, and a return to profitability for its luxury sportscar brand Bentley.

Improvements in the mix and price positioning in particular compensated for lower sales of Volkswagen passenger cars, launch costs and the impact of exchange rates, VW said.