The second largest US automaker had suspended vehicle and engine production at manufacturing sites in continental Europe last week.
By : Reuters
| Updated on: 23 Mar 2020, 05:34 PM 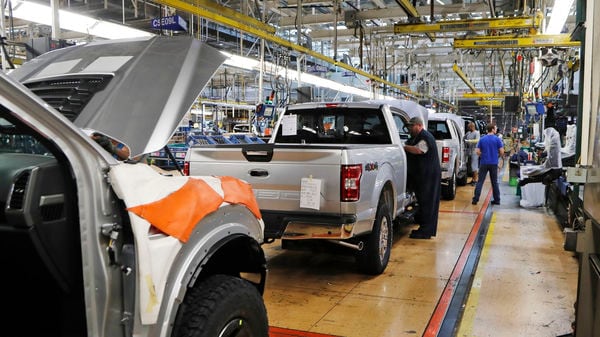 Ford Motor Co said on Monday it has decided to temporarily halt vehicle and engine production at its factories in India, South Africa, Thailand and Vietnam in response to the growing impact of the coronavirus.

In India, it began on March 21 and will be followed by other markets, the company said, adding that it will continue for several weeks.

"We are continuing to act in real time and taking added safety measures by temporarily halting production at our manufacturing sites in the international markets," International Markets Group President Mark Ovenden said.

Last week, Ford moved to hoard cash, drawing down $15.4 billion from two credit lines and suspending its dividend. It has also abandoned its 2020 financial forecast and said the cash would be used to deal with a squeeze on capital caused by shutdowns in production.

The No. 2 U.S. automaker last week suspended vehicle and engine production at manufacturing sites in continental Europe. It also decided to temporarily stop production from March 23 at its London site and from the end of March 25 at its Welsh facility.

Automakers are not seeking any immediate assistance as part of a $1 trillion government stimulus and rescue package expected to soon move through Congress, but instead calling for "broad economic measures to keep the economy on track".