Honda and Toyota in India have said they are already taking a lot of preventive steps, including putting in place restrictions on travel of their executives to affected regions, in order to reduce the risk from coronavirus.
By : PTI
| Updated on: 19 Mar 2020, 04:58 PM 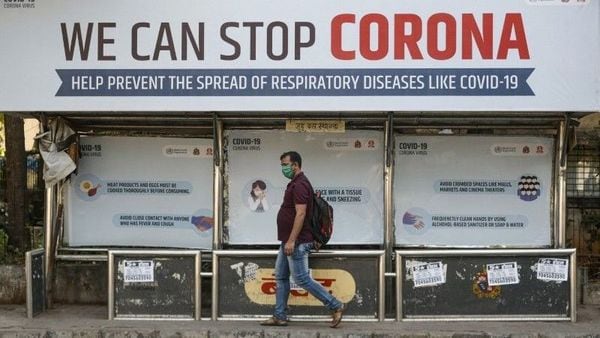 NEW DELHI : Japanese automakers Honda Cars and Toyota Kirloskar Motor on Thursday said they have set up high-powered teams within their respective organisations to continuously monitor the situation and come with countermeasures in the wake of spread of the coronavirus pandemic in the country.

The companies said they are already taking a lot of preventive steps, including putting in place restrictions on travel of their executives to affected regions, in order to reduce the risk of the contagious viral infection.

"The risk management committee with top management members is monitoring the situation on a daily basis for further action points," a Honda Cars India Ltd (HCIL) spokesperson told PTI when asked about the measures being put in place by the company.

Similarly, Toyota Kirloskar Motor Senior Vice-President (Sales and Service) Naveen Soni said a high-powered team has been created for monitoring the developments and for initiating immediate appropriate countermeasures as required.

Elaborating on other steps taken at Honda, the spokesperson said that besides restrictions on any kind of travel, the company has also implemented multiple preventive measures in its all office and manufacturing premises, including rigorous fumigation, temperature screening of all members coming to its plants and offices, use of sanitizers at all locations, and fresh air circulation through aircons.

"Our focus is to eliminate multiple common touch points. For example, canteen food counters are restricted to one server per dish to prevent multiple contact of serving dishes, replacement of biometric system to self-declaration for attendance and canteen, and open doors at all times to prevent contact with door knobs," the spokesperson added.

All events scheduled in the next two weeks have been cancelled and self-declaration, including for family members, for their health and travel is being tracked, the spokesperson said.

Besides, all company dealerships in the country have been asked to implement mandatory protocol while interacting with customers including sanitising of display and test drive cars after every use especially for high-contact points such as steering wheel, door handles and gear knobs, the spokesperson said.

Besides, all dealership staff is checked for thermal screening at the time of reporting to work.

Soni said safety, health and security of the employees and stakeholders are of paramount importance to the company.

"We are following all the applicable laws and regulations of the countries in which we operate, and are taking adequate internal precautions based on our own guidelines and standards of care," he said.

In order to keep the customers safe, the company is developing a 360-degree vehicle display on its website, helping them take a virtual tour of each vehicle and get a better understanding to make an informed purchase decision, Soni said.

"For employees, we have also released a strict advisory to minimise domestic and restrict international travel to severely affected regions," he added.

Already, US auto major Ford has asked its 10,000 employees in India, except those in business-critical roles, to work from home, a step which has also been taken up by Swedish luxury car maker Volvo.

Similarly, auto maker FCA India has permitted over 50 per cent of its staff in Mumbai and Pune to work from home at least until March 31.

The work from home alternative for the engineering workforce in Chennai is under consideration and not in play as yet, it added.

Likewise, Mahindra & Mahindra said a group-level rapid action force has been formed to constantly monitor the situation and suggest swift and effective action in case of an emergency.

Tata Motors had also announced work from home for its office-based employees at headquarters and regional offices.