France has compiled a list of companies that need state support to survive the effects of the coronavirus pandemic.
By : Bloomberg
| Updated on: 24 Mar 2020, 04:49 PM 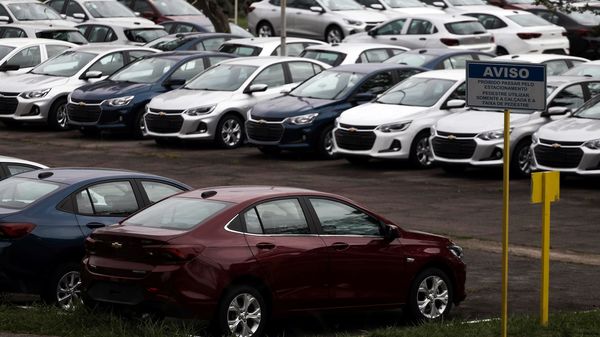 France has compiled a list of companies that need state support to survive the effects of the coronavirus pandemic, with the aeronautics and auto industries among the priorities.

“There are sectors like the aeronautical sector and the automobile sector that need support today," French Finance Minister Bruno Le Maire said on France Info radio Tuesday. “It won’t systematically be nationalization; it could be recapitalization."

There are other solutions besides nationalization to help Air France-KLM, he said at a subsequent press conference.

The carrier and Airbus SE are poised to tap French government-backed loans as the health crisis puts pressure on balance sheets, Bloomberg reported last week. The car sector is also hurting after shutting plants and dealerships in response to the government’s lockdown policy to curb the spread of Covid-19. The state owns holdings in Renault SA and PSA Group, and Le Maire spoke with the carmakers’ executives on Monday.

“All tools will be used to protect our companies," he said. Some firms are big employers and have benefited from tax credits for research and development and are now being “attacked" on the markets.

“The state will be the protector of these companies," he said, holding up the auto sector as one which has been hit particularly hard because revenue has dried up.

(Also read: Stay at home: Why a clean, sanitised car cannot keep you safe from coronavirus)

The list of companies that could tap government help remains “confidential," the minister said, adding that it’s with President Emmanuel Macron and contains the names of some big groups, from the aeronautical and automotive industries.

“Nationalization is a last resort, but a last resort we are not ruling out," he said. “We won’t let industrial champions disappear in smoke because there is a crisis unprecedented since 1929."

He said France’s response to the pandemic will likely cost the state more than the 45 billion euros, with that amount being “a starting point."

Le Maire also called for a reduction in company dividends. This would also include firms in which France owns a stake, according to a finance ministry official.

Macron has promised to guarantee up to 300 billion euros of bank loans in an effort to bolster firms threatened by the impact of the virus, saying France was “at war" and that all government and parliamentary forces must be focused on fighting the epidemic.

While governments around the world have been laying out the bare bones of national rescue packages, most have yet to specify which companies and sectors will be a focus for bailouts.

Like other carriers, Air France-KLM has seen demand all but wiped out as people stop traveling and nations close borders. The company has said it may cancel as much as 90% of its capacity. The situation has been exacerbated by political clashes over French and Dutch state holdings in the airline group, with France saying last week it would consult the Netherlands before stepping in.

For Renault, in which France is the most important shareholder, the issue is muddied by a complicated relationship with Nissan Motor Co. that was undermined by the arrest of their former chairman Carlos Ghosn in 2018.

“Times are really tough," said Paris-based Invest Securities analyst Jean-Louis Sempe. “Renault could get in trouble faster than others."