Home Auto News Coronavirus Could Kill Off The Geneva Motor Show, Once And For All

Coronavirus could kill off the Geneva Motor Show, once and for all

Officials canceled the most prestigious event on their calendar. But will it even be missed?
By : Bloomberg
| Updated on: 07 Mar 2020, 09:30 AM 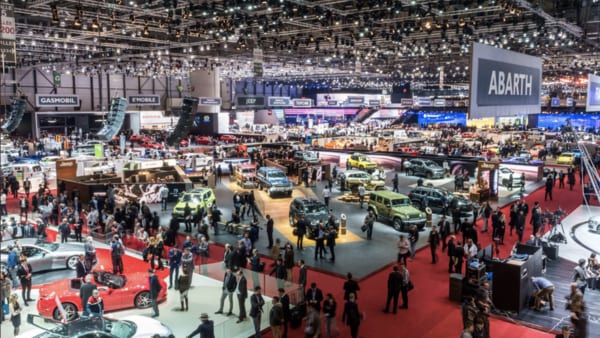 On Tuesday, Feb. 25, Bentley executives were mobilizing to debut the $2 million Bacalar at the Geneva Auto Show, announcing with the one-of-12 grand tourer their plan to double down on custom cars as the figurehead of the company’s business model.

By Friday, the show was canceled after fears of the coronavirus led Swiss officials to ban gatherings of more than 1,000 people. It was the first time the show had been canceled since World War II.

So, the 100-year-old car company improvised. Staffers took the journalists they had planned to host at the show on a seven-car driving tour instead. The route started in London, skipped through whisky tastings in Scotland, stopped by an abandoned airport runway for 160 mph-plus petal-to-the-metal runs, and ended with an intimate dinner and Bacalar debut at brand headquarters back in Crewe, England. The rest of the world watched the unveiling via live video feed.

“It was one of the best weekends and lessons in versatility I’ve seen in recent time," says communications head Erin Bronner, who spearheaded the brand’s efforts to salvage the debut of Bentley’s new cars.

Instead of reinforcing the notion that automotive brands must be present at the customary trade events, the coronavirus looks to be proving the opposite.

“What has happened with canceling the Geneva show has happened against the backdrop of automakers already looking at the alternative platforms for vehicle introductions," says Stephanie Brinley, the principal automotive analyst for IHS Markit, an automotive research firm. “This gave them an opportunity to test some things out they might not have done this particular year."

The Gem in the Crown

Geneva was supposed to be immune. Held annually in March since 1905, the show is the most glamorous of the world’s automotive trade shows, the place where such iconic cars as the Ferrari 250 California Spider, Porsche 904, Lamborghini Diablo, and Jaguar E-Type were first seen.

This year, McLaren, Bugatti, and Aston Martin—as well as the European brands Audi, BMW, and Mercedes-Benz—had reserved their glitziest debuts for the event. Historically, thousands of journalists from all corners of the globe descend on Geneva’s Palexpo convention center for three days of news conferences, executive roundtables, and corporate dinners.

But in a social media-obsessed environment, the pillars sustaining the need for an auto show had already started to wobble. Endless press briefings at automotive trade shows were once deemed exclusive but now are streamed simultaneously worldwide. Near-meaningless product embargoes are often broken by influencers, while trained journalists play by the rules.

It’s similar to what’s happened in the fashion industry, where live video streams and the impact of influencers demanding—and being granted—front-row billing at the expense of magazine editors and news journalists has nearly erased the benefit to many brands of holding live runway shows at all.

Executives at luxury car brands know that their primary buyers are more likely to frequent verdant putting greens and cocktail-saturated soirées rather than florescent-light drenched convention centers swarming with trade press. Jaguar Land Rover, Nissan, Ford, and others had already planned to skip Geneva altogether, even before the virus became front-page news. Ferrari, Lamborghini, Bugatti, and their upper-echelon ilk have been skipping the lesser auto shows for years. Audi, Bentley, and Daimler said they supported the decision to cancel in Geneva.

Last year, organizers pushed Detroit’s auto show from its customary January date to June, hoping the warmer weather would prove more alluring to the vendors, journalists, and brands that justify its existence. Last week, organizers canceled the Frankfurt Auto Show. The Beijing Auto show has been postponed indefinitely, due to the Covid-19 outbreak.

“It is a turning point," says Mike Dean, the head of the European automotive equity research team at Bloomberg Intelligence. “Maybe it just pushes us along a bit, toward where we are already headed. We’ll wait and see."

Bentley is reconsidering its entire commitment.

The cost of the quickly put together drive “was a fraction" of what the brand would typically have spent at an auto show, says one Bentley spokesman, and the debuts drew stellar reviews nonetheless. Brands can spend as much as $20 million on the cost of building a booth, hosting media, transporting cars, housing staff, and the usual marketing.

But it only costs a few million dollars to host VIPs, clients, and friends of the brand at exclusive events—and returns a higher sell-through rate. “It’s still very early to tell the overall [return on investment] and impact," says the Bentley spokesperson. “But coverage of our newest debuts, including the Bentley Mulliner Bacalar and the Mulliner GT Convertible, have received great praise."

The same goes for McLaren, which debuted its track-happy, bone-thin 765LT coupe via live video feed from company headquarters in Woking, England. The car was turned around halfway to Geneva and sent back to Woking to be unveiled outside, on the main boulevard in front of McLaren’s factory.

“We made the best of a difficult situation," says Roger Ormisher, McLaren vice president of communications. “But no decisions about future participation in motor shows have been made at this stage."

Elsewhere, the show goes on. Many automakers posted their Geneva debuts on social media and other digital platforms. The Aston Martin V12 Speedster, BMW i4 Concept, Bugatti Chiron Pur Sport, and Hispano-Suiza Carmen Boulogne all saw the light of day despite the cancellation. Koenigsegg gave Top Gear a YouTube tour of its Gemera debut inside the empty Geneva convention center while workers deconstructed half-built stands and lighting structures.

Both the prestigious Amelia Island Concours d’Elegance on March 7 in Florida and jewel-of-the-car-year Pebble Beach Concours d’Elegance in August in Carmel, Calif., will continue as planned, organizers say. So do those organizing the New York International Auto Show slated to start on April 7 in midtown Manhattan.

“We are in communication with state and local officials and the Jacob K. Javits Convention Center," NYIAS officials said in a written statement. “The Javits Center and the Auto Show are taking precautionary measures inside the venue while the state and local agencies are taking steps to limit the spread of respiratory viruses."

As of now, the debuts of more than 50 new vehicles remain scheduled. Bugatti has said it will show a new car that was intended for Geneva. Ford will debut its much-anticipated new modern Bronco.

Back in Geneva, event organizers have found a temporary solution: A virtual press day of their own to show off the new Porsche Turbo S, Koenigsegg Gemara, and Automobili Pininfarina Battista Anniversario up close, for free, and on repeat. And you won’t even have to fight the crowds.