American companies like Ford and GM are considering the possibility of using their plants in the US, where work is suspended, to manufacture ventilators.Experts say it is hardly as easy as it sounds to change production lines.Several Indian car factories too have suspended work due to coronavirus.
By : Shubhodeep Chakravarty
| Updated on: 23 Mar 2020, 04:23 PM 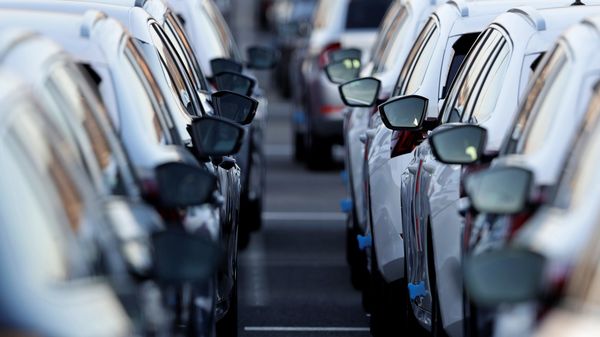 With a number of American car companies exploring the possibility of using their facilities to manufacture medical equipment like ventilators, the war against coronavirus in the United States is on in full swing. The war has also been waged in India where lock downs are increasingly being enforced in several states, forcing car makers here to suspend production at their respective plants. And even as these companies say that the health of employees is paramount, there has been some speculation regarding whether the Indian government could consider asking them to help with medical equipment.

The speculation is largely due to the fact that the Donald Trump administration in the US last week had reportedly held meetings with executives from General Motors and Ford to discuss the possibility of these companies manufacturing medical equipment. In fact, White House economic adviser Larry Kudlow had confirmed he is in talks with the two companies. Tesla, it is reported, has also offered help.

And while the Trump administration has since taken every opportunity to celebrate car makers offering to help, an Associated Press report claims that it could take several months, if at all, for these car makers to begin manufacturing medical supplies. (Read more here)

Experts say that changing production lines originally meant for manufacturing vehicles is not a walk in the park. Specialised machinery for making sophisticated medical devices like ventilators will require careful planning and money. And there is no clarity yet on whether auto companies are willing to invest either or both.

In India, no such reports have as yet emerged of car companies helping out with manufacturing of medical supplies even though Mahindra Group chairman Anand Mahindra has said focus is being given on ventilators.

—To help in the response to this unprecedented threat, we at the Mahindra Group will immediately begin work on how our manufacturing facilities can make ventilators.
—At Mahindra Holidays, we stand ready to offer our resorts as temporary care facilities. (3/5)

Factories of major car makers across the country, much like in the US, are suspending production owing to coronavirus pandemic. The number of positive cases is on the rise and the central and state governments are working overtime to possibly flatten the curve.

While the auto industry, already reeling under a gloomy 2019, is looking at a dismal 2020 outlook, it is also unlikely that car manufacturing facilities in India can be customised to begin manufacture of medical equipment. Many say it is an arduous task which even American car makers in the US are not too comfortable with. And while there have been references to WW II when several car makers in Detroit changed their production lines to go from making passenger vehicles to military vehicles, that change - unlike the current change - was not as drastic. “When you are repurposing a factory, it really depends on how similar the new product is to the existing products in your product line," Kaitlin Wowak, a professor at the University of Notre Dam, was quoted as saying by AP.

Unfortunately, there is hardly anything similar between a car and a ventilator.