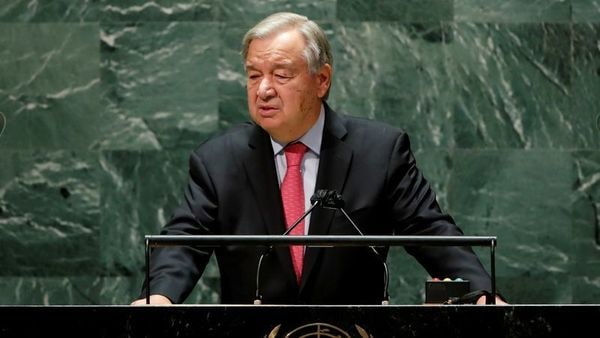 United Nations Secretary-General Antonio Guterres emphasised that countries around the world must come up with more ambitious and aggressive strategies to reduce carbon emissions from the transportation sector.

Phase-out the ICE vehicles in developed countries by 2035 and in developing nations by 2040, said United Nation's Secretary-General Antonio Guterres. While addressing the second Global Sustainable Transport Conference in Beijing, he criticised the world powers for not doing enough to make the transportation sector cleaner and greener.

(Also Read: BMW doesn't want to fix a date for discontinuing ICE vehicles. Not yet)

He said that all means of transportation should be cleaned up globally by 2050 to meet the zero-emission targets. According to Guterres, the developed countries should stop using ICE vehicles by 2035, while the developing nations should do so by 2040.

He also emphasised that countries around the world must come up with more ambitious and aggressive strategies to reduce carbon emissions from the transportation sector.

Guterres' comment comes at a time when the global auto industry is shifting its focus to the electric or electrified vehicles from traditional internal combustion engines powered by fossil fuels.

Several countries across Europe and Asia have already adopted strategies to phase out vehicles that run on fossil fuel-powered internal combustion engines. The stricter emission norms, deadlines to phase out ICE vehicles are boosting demand and sales for electric vehicles around the world. The rate of EV adoption is still too slow compared to the required pace.

Other factors such as demand for personal mobility, rapidly increasing prices of petrol and diesel, improving EV technology, a growing number of options in EV space, increased awareness about climate change are also boosting demand and sales of electric vehicles.

UN Secretary-General also proposed that governments around the world should incentivise clean transport options through standards and taxation to promote greener mobility. He also said that the governments should impose stricter regulations for infrastructure and procurement.

Guterres further added that the onus is not only on the government but other stakeholders as well. These include consumers and companies. He said that the changes in the transportation sector should be enforced through standards, taxation and policies.