As the Prime Minister says, the crisis should be used as an opportunity to reduce dependence on other countries.Experts are of the opinion that one way to do this is a faster transition to electric mobility.
By : PTI
| Updated on: 09 Apr 2020, 01:20 PM 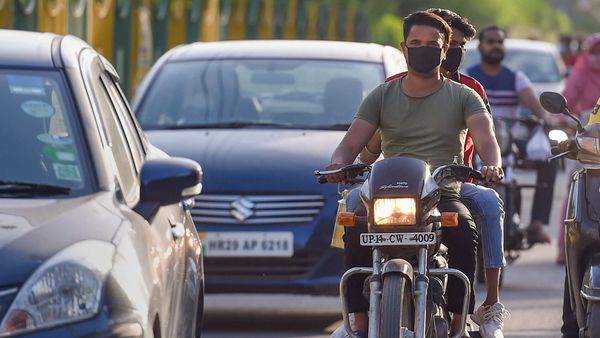 Weeks of lockdown in the country to fight coronavirus may have reduced greenhouse gas emissions enabling people to breathe cleaner air and feast on blue skies, but it is only a temporary phase and will not benefit the environment in the long run, experts have said.

Recently, the Central Pollution Control Board (CPCB) released a report on effect of 'Janata Curfew' on the air quality in which it found that the reduction in number of on-road vehicles, resulted in up to 51 per cent reduction in nitrogen oxide (NOx) levels and 32 per cent reduction in carbon dioxide (CO2) levels during March 22-23, 2020 as compared to March 21.

Environmentalists feel that carbon emissions may have reduced drastically but are likely to go back to the pre-corona levels in a few weeks' time, once the virus threat mitigates.

"We are seeing the reduction of emissions which is a major contributor to climate change. This is happening because of the drastic drop in burning of fossil fuel with reduction in industrial activities and general traffic. Hence, people today are able to see blue skies and natural habitat in relatively cleaner air.

"However, this is temporary and it is not going to benefit the environment in the long run. From the current crisis, people all over the world are suffering and facing severe hardship, while the percentage of people who can afford to work from the safety of home is not huge," said Avinash Chanchal, Senior Climate and Energy Campaigner, Greenpeace India.

"A collateral impact of the lockdown has been the improved air quality of some of the most polluted Indian cities with people being able to breathe clean air after a long time. However, this was not purported and is expected to be the only brief. Emissions are likely to be back to pre-corona levels in a few month's time, once the virus threat mitigates.

"Researchers have already stated that we must not expect the impact of this global shutdown to result in any stabilization in CO2 concentrations in the atmosphere. However, this phase has certainly raised awareness about the need for people to adopt more eco-friendly lifestyles including the usage of clean transport fuels once human activity resumes," Gupta said.

Sharing his opinion, V Vinoj, Assistant Professor at IIT Bhubaneshwar, also said carbon emissions are expected to drastically reduce during this lockdown but within a few days it will go back to what it used to be.

"Some preliminary studies around the world are already showing reduction in pollutant concentrations mainly as a consequence of negligible activities in the transportation sector during this time," Vinoj said.

He added that there has already been a reduction in NOx, and PM pollutants, even over Indo Gangetic Plains.

"However, I am not expecting these reductions to be homogenous especially due to the varying nature of source over the Indian region. Though many cities are showing reduced pollution levels, it will be interesting whether these are also observed in Eastern Indian and coastal cities," he said, adding that it will go back to pre coronavirus days “within a week".

Another environmentalist Aarti Khosla, Director, Climate Trends, said this crisis should be used as an opportunity to reduce dependence on other countries.

"Right now as the economy is stopped in its track, decline in emissions is natural. But as the Prime Minister says, the crisis should be used as an opportunity to reduce dependence on other countries. One way to do this is a faster transition to electric mobility. It would ensure clean air, it would also ensure less dependence on oil imports," Khosla said.

She added that the need of the hour remains ramping up healthcare and supporting the most vulnerable section of the society that have lost their livelihood.

Raising concern about the outbreak of coronavirus, Prime Minister Narendra Modi on March 22 imposed a Janata Curfew and on March 24 he imposed a 21-day lockdown in the country keeping only the essential services functional.

Talking about tackling the crisis, Avinash Chanchal of Greenpeace India said Covid-19 outbreak should be taken as a lesson to mankind.

"We always believe in a just and a planned transition towards a sustainable society, tackling one crisis can't be done at the expense of another. We should not forget that we are living in a time of climate crisis. Due to rising emissions, we have seen the hottest summers, drought and other extreme weather events, air pollution continues to cost the lives of millions of people every year.