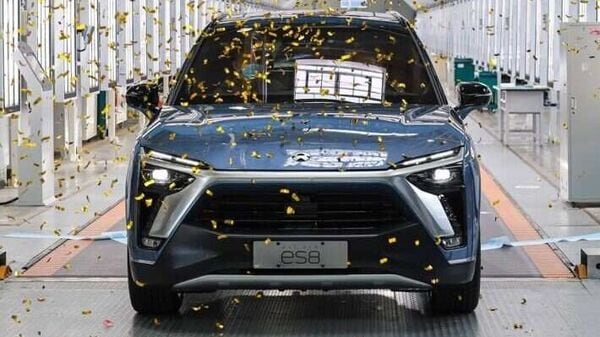 China's electric vehicle maker Nio will begin developing its in-house high-voltage battery packs by 2024 as part of a drive to improve profitability and competitiveness in order to take on rivals such as Tesla. The company's chairman William Li told analysts that it also plans to start producing an 800-volt battery pack in the second half of 2024.

While most electric vehicles make use of 400-volt batteries, Porsche's Taycan electric cars are powered by 800-volt lithium-ion battery packs, which help them juice up faster. Nio has over 400 employees working on the research and development of battery technologies, and in the long run, the company aims to make use of a combination of self-produced and externally sourced batteries, just like what US EV giant Tesla does.

The self-produced batteries will be used for Nio's new mass-market marque, which is expected be ready for sale in the second half of 2024. These new models are expected to be priced around 200,000 to 300,000 yuan ($30,000-$45,000). Chairman Li also noted that battery costs would have risen in the second quarter after the renewal in April of an agreement with its sole battery supplier CATL.

The EV maker forecasts that deliveries of its vehicles in the quarter ending June 30, will be between 23,000 and 25,000 vehicles, down from 25,768 in the first quarter, reflecting a general drop in production by major automakers as a result of a two-months long Covid-19 lockdown in Shanghai. US-listed shares of Nio, which closed down 7.7% on Thursday, have lost 44% of their value so far this year.