A recent quick rebound in demand suggests a V-shaped recovery has been established, China Passenger Car Association said in a statement on Monday. Yet some declines may still occur in the months ahead, the trade body said.
By : Bloomberg
| Updated on: 11 May 2020, 08:52 PM 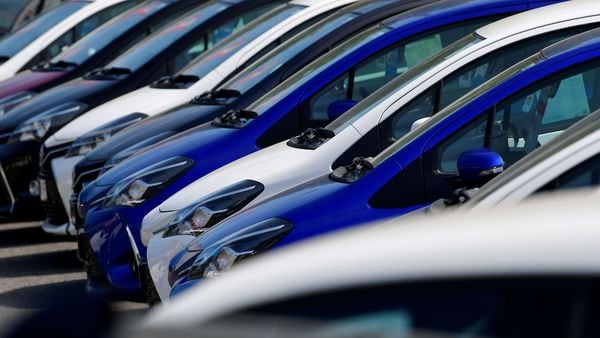 A recovery in car sales is set to continue in China as government policies aimed at reviving demand following the coronavirus outbreak are gaining traction, an industry group predicted.

A recent quick rebound in demand suggests a V-shaped recovery has been established, China Passenger Car Association said in a statement on Monday. Yet some declines may still occur in the months ahead, the trade body said.

Car retail sales fell at a slower pace of 5.5% in April, following a 40% drop in March and a 79% plunge in February, PCA said. PCA’s report was echoed by China Association of Automobile Manufacturers, which showed the first monthly increase since June 2018 for China’s vehicle industry as a whole, helped by heavy-duty trucks.

Optimism is growing that the world’s largest auto market is rebounding after China largely controlled the coronavirus pandemic that shut down much of its economy. Sales have dropped for two years, and the virus worsened a slump kicked off by a slowing economy, trade tensions and stricter emission regulations.

Given the depth of the slump in the first three months of the year, CAAM said it expects full-year vehicle sales to show a decline of as much as 25%. The drop may be as small as 15% if the virus is contained globally, which would help the Chinese economy and consumers, CAAM said. Back in December, before the outbreak, CAAM predicted a decline of 2% for 2020.

With sales in many other major markets still in free-fall, a resumption of business in China offers a glimpse into possible customer trends in other countries as they emerge from lockdown. The China chief of Volkswagen AG, the market leader, said last week demand is recovering in the country as many first-time buyers look for new ways to get around while staying off buses and trains that could expose them to the coronavirus.

While making progress in containing the virus, Chinese authorities have introduced a slew of measures to prop up car sales, including tax breaks and subsidy extensions on electric vehicles, relaxing of emission rules, and financing help.

Sales of premium vehicles, a category that includes brands such as Audi, BMW, Lexus and Mercedes-Benz, rose 16% in April, PCA said. Sales of mass-market vehicles made by joint ventures that companies such as Volkswagen and General Motors Co. have with local partners fell 5%. Chinese brands saw their sales drop 13%.

Sales of new-energy vehicles, including electric cars, fell 30% to 64,000 units in April, PCA said. That’s an improvement from a decline of 49% in March and 70% in February.

Tesla Inc.’s production in China topped 10,000 cars last month, according to PCA. The company has been adding customers in the country after starting local production around the start of the year. Yet Tesla has faced a fresh challenge in May, suspending output at its sole Chinese factory, people familiar with the matter have said.