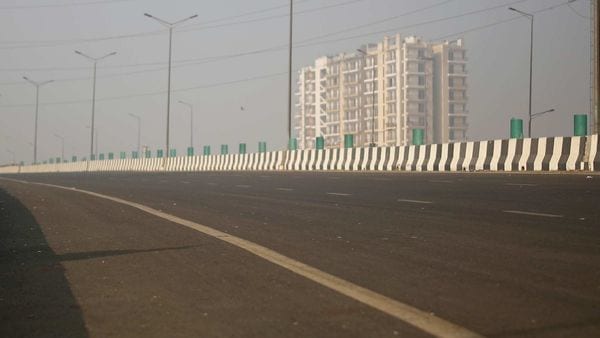 Supreme Court has partly allowed the appeals of the NHAI and the Centre and gave its go-ahead for eight-lane Chennai-Salem Expressway project worth ₹10,000 crores.

The Supreme Court on Tuesday partly allowed the appeals of the National Highway Authority of India (NHAI) and the Central government and gave its go-ahead for eight-lane Chennai-Salem Expressway project worth ₹10,000 crores.

A bench headed by Justice AM Khanwilkar upheld the notification of acquiring land and allowed the Central government to issue a fresh notification of land acquisition only after complying with all the environmental norms.

It set aside a 2019 Madras High Court order that quashed acquisition of land for the project.

The order of apex court came on appeal challenging the Madras High Court's order, which had quashed the land acquisition proceedings initiated by the Centre and the state government for Chennai-Salem Expressway project.

On April 8, 2019, a division bench of the Madras High Court had quashed the land acquisition after holding that environmental clearance was mandatory since the project would have an adverse impact on the environment, including water bodies. This judgement was passed by the High Court on a batch of petitions filed by advocates, farmers and politicians.

The Chennai-Salem eight-lane greenfield expressway project was proposed on a stretch of 277.300-km passes through agricultural as well as reserve forest land. The project is part of the Centre's ambitious 'Bharatmala Pariyojana - I', which involves laying of around 35,000 km of national highways before 2022.

The NHAI and the Centre had moved the top court with a plea to vacate the order of the Madras High Court, which held that prior environmental clearance was mandatory for the sensitive project.

The authority is unable to continue the project as the Section 3A(1) notification, being a preliminary notification has been quashed by the High Court, which is wholly detrimental in the public interest and has resulted in a major setback in all the similar projects under the Bharatmala Pariyojana and other projects of construction of National Highways, the NHAI had submitted before the apex court.

It had stated that it was "wholly unwarranted for the High Court to have quashed the acquisition proceedings which was a well-thought policy decision, without disclosing the reasons for quashing of the 3A notifications."