It’s turning out to be one of the worst years ever for auto workers across the globe amid shrinking demand and a tectonic shift in vehicle technology, with Daimler AG and Audi announcing almost 20,000 job cuts in just the past week.
By : Bloomberg
| Updated on: 04 Dec 2019, 05:56 PM 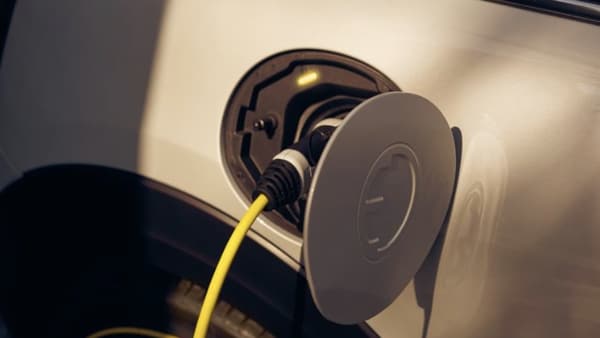 It’s turning out to be one of the worst years ever for auto workers across the globe amid shrinking demand and a tectonic shift in vehicle technology, with Daimler AG and Audi announcing almost 20,000 job cuts in just the past week.

All told, carmakers are eliminating more than 80,000 jobs during the coming years, according to data compiled by Bloomberg News. Although the cuts are concentrated in Germany, the U.S. and the U.K., faster-growing economies haven’t been immune and are seeing automakers scale back operations there.

The German companies joined General Motors Co., Ford Motor Co. and Nissan Motor Co. in massive retrenchments put in motion over the past year. The industry is sputtering as trade tensions and tariffs raise costs and stifle investment, and as manufacturers reassess their workforce in an era of electrification, autonomous driving and ride-on-demand services. The global auto industry will produce 88.8 million cars and light trucks this year, an almost 6% drop from a year ago, according to researcher IHS Markit.

Cuts are also being carried out in China, which employs the largest number of people in the industry and has been mired in a sales slump. Electric-vehicle startup NIO Inc., which has lost billions of dollars and watched its New York-listed shares plummet, dismissed about 20% of its workforce by the end of September, shedding more than 2,000 jobs.

“The persistent slowdown in global markets will continue to dent automakers’ margins and earnings, which have already been hurt by increased R&D spending for autonomous-driving technology," said Gillian Davis, an analyst with Bloomberg Intelligence. “Many automakers are now focused on cost-saving plans to prevent margin erosion."

Being an early leader in electrification hasn’t spared Nissan, which has been in turmoil since the arrest of former Chairman Carlos Ghosn a year ago.

With profits plumbing decade lows, the Japanese automaker is shedding 12,500 positions in the coming years, mostly at factories across the globe, to reduce costs as it rushes to refresh an aging model lineup. A redesigned version of the battery-powered Leaf, which debuted later than planned because of the loss of the company’s longtime leader, isn’t giving the company much of a boost this year.

Factory-floor workers have been rising up against the retrenching. GM’s more than 46,000 U.S. hourly workers staged a 40-day-long strike this fall — the longest against the company in almost half a century — but managed to coax the company into keeping open only one of the four American factories it made plans to shutter a year ago.

On Nov. 22, about 15,000 people marched in the streets to protest job cuts and factory closures in Stuttgart, the German city that’s home to the global headquarters of Daimler, Porsche and major parts supplier Robert Bosch GmbH.

Protesters in the historic downtown square of Schlossplatz wore red scarfs, blew whistles and waved red flags in support of Germany’s powerful labor union IG Metall, which organized the demonstrations. Top union officials who represent workers at Mercedes-Benz, Audi and many parts makers claim the companies are using the shift toward EVs as an excuse to push through deeper cuts and boost profits.

“We don’t let our jobs be taken away just because some managers haven’t done their homework," Roman Zitzelsberger, the regional head of IG Metall in the state of Baden-Wuerttemberg and the worker representative on Daimler’s supervisory board, told the crowd.

The job concerns proved to be justified. Audi announced a week later it will eliminate as many as 9,500 positions in Germany through 2025 as parent Volkswagen AG prepares for a costly transition to electric vehicles. Daimler announced plans to shed more than 10,000 worldwide.

If it were a country, the auto industry would be the world’s sixth-largest economy, according to Fircroft, a technical job-placement firm. In Germany alone, when including local operations of foreign manufacturers, about 150,000 jobs might be at risk in coming years, according to estimates by the Center of Automotive Management, near Cologne.

The clouds started to form for U.S. carmakers last year, when Ford revealed plans for a years-long, $11 billion restructuring. The company has made a series of piecemeal announcements since then, slashing roughly 10% of its global salaried ranks and shutting six plants: three in Russia and one apiece in the U.S., U.K. and France. Of roughly 17,000 jobs Ford is eliminating, 12,000 will be in Europe.

The state of car-factory jobs in the U.S. is less clear, mainly thanks to the new contracts Detroit-area automakers have been negotiating for the next four years.

The prospects looked somewhat bleak for the United Auto Workers union when talks began this summer. With vehicle demand slowing, production shifts were being pared back across the country — by Nissan at its truck-and-van plant in Mississippi, Fiat Chrysler Automobiles NV at its Jeep Cherokee SUV factory in Illinois and Honda at an Ohio plant that mostly makes Accord sedans. Workers fear plug-in cars, which have fewer parts and require less labor to build, will doom auto jobs.

In the end, the UAW has announced commitments by GM, Ford and Fiat Chrysler to invest almost $23 billion in U.S. facilities over the course of the next four years, and to add or retain more than 25,000 jobs. While that sounds like a lot, it remains to be seen whether the spending will actually boost production. It costs the companies billions to convert or retool existing factories for them to make new cars and powertrains.

The union also didn’t emerge without some bruising losses, with the most notably being its lost battle to save GM’s spacious car plant in Lordstown, Ohio. The factory, opened in 1966, became a political football when the company announced production of Chevrolet Cruze sedans would end in March. President Donald Trump told supporters a year and a half earlier not to sell their homes, assuring them his administration would bring jobs back. GM sold the complex to cash-strapped electric-truck startup Lordstown Motors Corp. last month.

For Scott Brubaker, GM’s offloading of the Lordstown plant could be a one-way ticket out of the auto industry. The automaker transferred him to its Corvette sports-car plant in Bowling Green, Kentucky, which meant leaving an Ohio farm his family has owned for four generations.

The idling of the factory left him with two options: live in his camper trailer in Bowling Green and commute home on weekends, or take a $75,000 severance check from GM and find a new job near Lordstown. He has an offer to work for a company clearing land for developers, but it pays $5 an hour less than GM, and he says it would cost him his pension. Lordstown Motors is still raising money for its electric trucks, and Brubaker has his doubts it will succeed.

“I went to GM for good pay and benefits," Brubaker said. “What we did in the plant we did successfully, and GM still pawned us off."