Industry giants from Continental AG to Innolux Corp. have in recent weeks warned of longer-than anticipated deficits thanks to unprecedented Covid-era demand for everything from cars to game consoles and smartphones.
By : Bloomberg
| Updated on: 12 Mar 2021, 16:42 PM 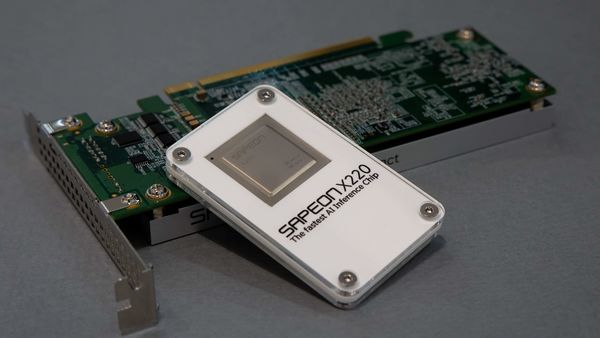 Renesas Electronics Corp.’s top executive warned that a global shortage of auto semiconductors may persist into the second half, joining other industry leaders in bracing for a chip crunch to snarl production of cars and gadgets well past the summer.

Industry giants from Continental AG to Innolux Corp. have in recent weeks warned of longer-than anticipated deficits thanks to unprecedented Covid-era demand for everything from cars to game consoles and smartphones. Renesas is running its most critical plants at full capacity to try and sate demand but there was no way of telling when the market might balance out, Chief Executive Officer Hidetoshi Shibata told Bloomberg News.

“Supply will remain tight through the first half of the year," Shibata said this week. “And the way things look now, the situation will continue into the second half. But it’s anyone’s guess."

Chipmakers like Renesas and its partner Taiwan Semiconductor Manufacturing Co. are at the forefront of a global effort to plug a shortfall in supply of chips, the building blocks of a plethora of consumer products. Carmakers got hit first in part because of poor inventory planning and are expected to miss out on $61 billion of sales this year alone.

Some analysts say shortages could get mostly ironed out in coming months. But the concern is that tight supply in certain segments -- such as in more mature semiconductors where it takes time to build capacity -- could eventually throttle the broader consumer electronics industry and jack up prices if it persists. Semiconductors are now near the top of official agendas from Washington to Brussels.

Renesas, which vies with NXP Semiconductors NV and Infineon Technologies AG to supply automakers, is a prime barometer for the sector. It gets about half its revenue from car chips and counts all the major automakers among its clients, including Toyota Motor Corp., Ford Motor Co. and Nissan Motor Co. It also outsources some production of more advanced chips to TSMC, the world’s largest contract manufacturer.

The company’s 200-millimeter wafer line on the southern island of Kyushu is operating near full capacity while its 300-millimeter fab in Naka, north of Tokyo, is in “overdrive." For every 40-nanometer microcontroller it makes at the Naka fab, it orders six from TSMC, a proportion that hasn’t changed with the shortage, Shibata said.

Both plants make chips used in automotive and industrial applications and are a better representation of the tightening supply than the 60% overall factory utilization Renesas reported last month. The Kyushu line makes mid- to low-end microcontrollers while the fab in Naka also makes 40-nanometer microcontrollers and system-on-chip devices, and 90-nanometer analog chips for car applications.

“Nothing can be done about those," Shibata said. “They are running at the limit of their capacity."