Carlos Tavares: The man who made a failing carmaker beat Mercedes

Carlos Tavares has consistently delivered strong profits at Peugeot, including a near miracle at Opel, even while illustrious peers have suffered.
By : Bloomberg
| Updated on: 27 Feb 2020, 08:34 AM 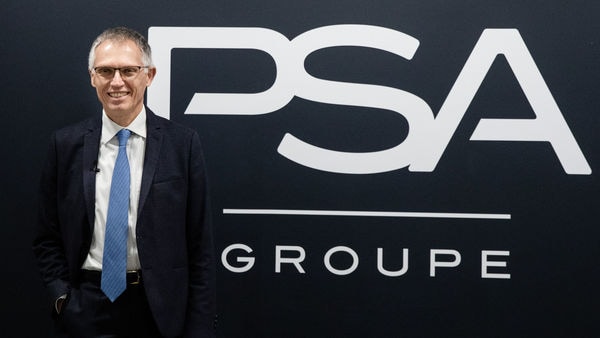 The word that Peugeot SA boss Carlos Tavares comes back to time and again to describe the daunting challenges facing the auto industry is a deliberately frightening one. Carmakers face a “Darwinian" period, he reminded investors on Wednesday, implying that some of the French group’s less robust peers won’t survive the epochal shift from combustion to electric vehicles.

That battle for survival has just been made even more difficult by the spread of coronavirus, which threatens to shutter plants and sap demand for new vehicles across the industry. The shares of auto companies —  even very profitable ones like Peugeot — have been hammered this week. But if anyone can steer a safe path across this vertiginous chasm, surely Tavares can.

For various reasons the big European carmakers have all changed their CEOs recently, but Peugeot has clung to its leader since 2014, and he’ll be in the driving seat when the company merges with Fiat Chrysler Automobiles NV.

The strong full-year results that Tavares unveiled on Wednesday show why his services are in such demand; the contrast with struggling French rival Renault SA is telling. Peugeot’s car operations achieved an 8.5% adjusted operating margin in 2019, whereas Renault managed just 2.6%.(1)

While Renault’s net cash is dwindling, forcing it to slash its dividend, Peugeot’s has swelled to more than 10 billion euros ($10.9 billion), allowing it to pay shareholders more.

The cost-conscious Tavares has made a virtue of doing more with less and he’s been willing to make unpopular decisions to turn around under-performing businesses. Under General Motors Co.’s ownership, the European carmaker Opel/Vauxhall consistently lost money, but having joined the Peugeot stable it now boasts a 6.5% adjusted operating margin. That’s better than Mercedes-Benz.

Wages costs as a percentage of sales have improved — a big achievement considering the workforce is heavily unionized — and Tavares has been ruthless about unlocking cash from inventories and invoices. Reassuringly, he thinks Peugeot could still break even if revenues fell by half.

Peugeot isn’t perfect. The company is struggling in inflation-hit Argentina and its performance in China has been poor. But its negligible China market share is an advantage right now. The company has less to lose from coronavirus shockwaves than many peers.

What Peugeot lacks in economies of scale — its 3.5 million yearly car sales are one-third of what Volkswagen sells — it makes up for by being more agile. It’s almost a pity that Tavares is about to complicate the “small is beautiful" story by merging with Fiat. Peugeot’s shares have declined by almost 30% since the deal terms (highly favorable to Fiat and its Agnelli family owners) were announced in October.

In fairness, Fiat is also performing well. Together, the two companies generated about 5 billion euros in free cash flow last year and the tie-up should bring substantial cost savings. Yet Peugeot’s shareholders aren’t willing to credit those benefits just yet. Antitrust official might raise objections and history shows there’s plenty else that can go wrong in complicated cross-border mergers.

A generation of celebrated auto executives, such as Daimler’s Dieter Zetsche and Renault’s Carlos Ghosn, have departed the stage just as conditions became difficult. (Fiat’s Sergio Marchionne tragically died before he could complete the job). Tavares, who’s 61, isn’t the retiring type. He still has much to prove.