As the government provides income support and labor market recovers, car sales in Canada see a rise in October.Retail sales rebounded quickly after cratering in April and have held up better than expected since then.
By :
| Updated on: 20 Dec 2020, 11:20 AM 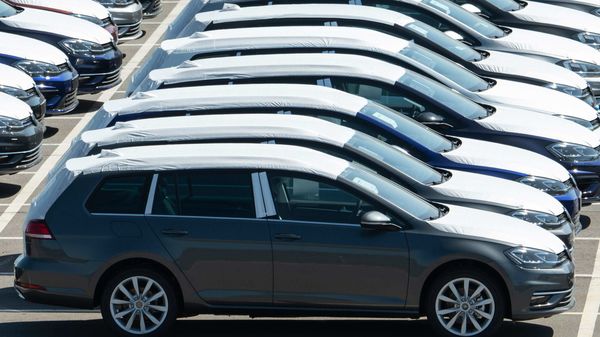 Retail sales in Canada came in better than expected in October as more people bought cars, underscoring the effects of government income support and a recovering labor market.

Sales climbed 0.4% from the prior month, Statistics Canada said Friday in Ottawa, the sixth-straight monthly increase. Economists predicted no change. The September figure was revised to a gain of 1.9% from 1.1% initially. Retail receipts were 4.5% above pre-pandemic levels.

Retail sales rebounded quickly after cratering in April and have held up better than expected since then. The most generous government support measures in the Group of Seven have bolstered households checking accounts, and the country’s labor market is recovering more quickly than others, leaving consumers in relatively decent shape.

It’s unclear how long the strength will last, given the surge in virus cases and renewed restrictions in many provinces. Preliminary estimates for the agency show sales were flat in November, but even that represents an upside surprise, given U.S. data that showed a drop of 1.1%.

“It’s kind of surprising we didn’t see a pullback in November at all," said Nathan Janzen, economist at Royal Bank of Canada. “But we know stores have more e-commerce in place, more courier drivers in place than there were in the spring."

Sales rose in 6 of 11 sub sectors, with car receipts up 1.5%. Sales at furniture stores were also strong, along with sporting goods and electronic retailers.

Excluding vehicles, retail were flat in October, versus a forecast for a 0.1% increase.