From GST cut to stable policy, scrappage policy incentive to push for green vehicles; the auto industry's budget 2021 wishlist is a multipronged one that seeks breather for the sector during this crisis period.
By : HT Auto Desk
| Written By : Mainak Das
| Updated on: 31 Jan 2021, 17:14 PM 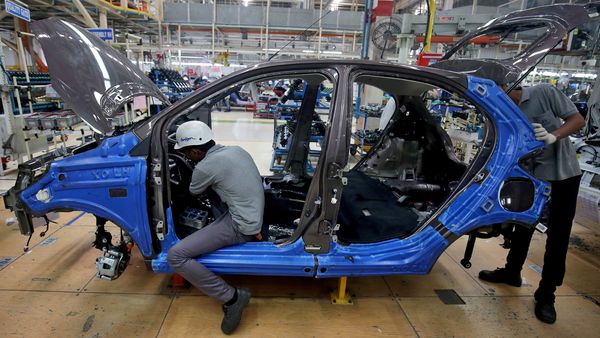 The Budget 2021 is expected to bring much-awaited steps that would give the auto industry relief from the crisis impact.

With less than 24 hours to go before Finance Minister Nirmala Sitharaman presents the Budget 2021 in Parliament on February 1, 2021; there are expectations, anxiety, and speculations running rife. The auto industry being one of the most impacted due to the pandemic and related economic crisis expects steps in the budget that would act as breathers for the entire industry ecosystem.

The $118 billion Indian automobile industry is expected to reach $300 billion by 2026. Presently, the country’s automobile sector is one of the largest in the world and accounts for more than 7.1% of India's gross domestic product (GDP). Also, the auto industry contributes to nearly 22% of India’s manufacturing GDP.

Besides churning a huge amount of revenue for the government, the auto industry is a key source of bringing foreign investment, generating employment. The auto retail sector alone employs around 4.5 million jobs, as stated by Federation of Automobile Dealers Associations (FADA) President Vinkesh Gulati. According to data by KPMG and NSDC, by 2022, nearly 15 million people are expected to be employed directly in the Indian automobile industry.

So far, the auto industry being a key part of the country’s manufacturing sector and having a larger job creation role, and having been impacted badly due to the crisis, expects measures by the government that will alleviate the situation. Various stakeholders of the auto industry have different expectations from the budget.

Here, let us take a quick look at the Indian auto industry’s expectations from the Union Budget 2021.

The auto industry has been voicing concern for rationalizing the tax structure in India for quite some time. There are several multilayered taxes including GST, import duty, cess, etc that add burden to the end customer, which should be rationalized in the upcoming budget, hope the auto industry leaders. GST reduction for vehicles from 28% to 18% is a major demand by the industry.

A few days ago, in a webinar conducted by HT Auto, Maruti Suzuki Executive Director Shashank Srivastava, Audi India head Balbir Singh Dhillon, Daimler India Commercial Vehicles’ MD and CEO Satyakam Arya voiced the same concern. They also hope that there might not be a tax cut possible, but there should be a tax increase as well, which would become a counterproductive step.

Also, the industry stakeholders expressed their displeasure with the way the government set deadlines to meet the new regulations in a short timeframe. The budget 2021 could lay out a roadmap for a more stable policy regime, hope the auto industry leaders and various stakeholders.

The Pandemic has certainly hit the auto industry hard and consumption has fallen down to an all-time low. Despite sequential month-on-month growth in auto sales, revival to pre-Covid-level is still a faraway goal.

While the government has already announced several major steps in a bid to boost consumption, the auto industry hopes budget 2021 would bring a more concrete plan to increase disposable income for the consumers, which would encourage them to buy vehicles. This will help in demand creation for the auto industry and post-growth in sales volume.

Since many auto dealerships fall in the category of proprietary and partnership businesses, a reduction in corporate tax would help them, as the dealerships have been fighting a survival battle during this pandemic crisis, with both auto sales and workshop business down severely.

In 2020, the government reduced corporate tax to 25% for the private companies that have an annual turnover of up to ₹400 crore. According to FADA, the apex auto dealership governing body in India, the benefit should be extended to all the private firms as well that come in the abovementioned categories.

Union minister for road, transport, and highways Nitin Gadkari has already approved the scrappage policy for the government department and PSU vehicles that are aged 15 years or older. However, the personal vehicles with white plates of a similar age will be allowed to go through a fitness test and will be re-registered and they will be charged a Green Tax, which can be as high as 50% of road tax.

Such a step will discourage people to sell or scrap their old vehicles. But, the auto industry seeks incentives on voluntary scrappage policy which will eventually create demand and boost sales as well. The budget 2021 could bring a clearer road map on this.

(Also Read: Vehicle Scrappage Policy may be a reality soon: All you need to know)

Back in November 2020, the Indian government announced a ₹1.45 lakh crore worth Performance Linked Incentive (PLI) scheme with a capital outlay of ₹57,042 crore for the automobile and auto component industry. Additionally, ₹18,100 crore was allotted for the advanced chemistry cell battery sector. With the lion’s share of the PLI scheme targeted towards the auto sector, a major ch8unk of this is expected to be spent for the future development of green vehicles.

Currently, under section 80EEB, a tax deduction of up to ₹1.5 lakhs can be claimed on interest for the EV purchase loan. With the government’s focus on green mobility, the budget 2021 is expected to bring some initiatives like rationalized import duty on some components required for EVs. Also, the waiver of 5% customs duty from the manufacturing of battery cells in India is a strong demand from the industry stakeholders. Besides that, the industry hopes the hybrid vehicles will be promoted in the budget 2021, as the hybrid powertrain is considered as bridge between ICE and EVs.

The Government of India has taken an ambitious initiative of promoting local manufacturing through the Atmanirbhar Bharat campaign. However, in many cases, the industry stakeholders claim that taxing the imported goods eventually increases the local manufacturing cost. Hence, in a bid to promote local manufacturing in India, the government should lay out a clear strategy, which would be announced by Finance Minister in her budget 2021 announcement.

In recent times, the auto industry has suffered due to the broken supply chain. The ongoing semiconductor crisis too is proving to be a major hurdle for the industry. The budget 2021 could come up with a long-term vision to mitigate such issues.

Auto LPG is considered a greener fuel solution as compared to petrol or diesel. However, despite that, the auto LPG is taxed at 18% GST, while the LPG and CNG conversion kits are taxed at 28% GST, discouraging the use of such fuel. The auto LPG industry stakeholders demand rationalization of this policy and GST cut announcement to promote greener fuels.

As Suyash Gupta, DG of Auto LPG Coalition stated, the industry has three demands to FM from the budget 2021. These are - incentivizing and encouraging OEMs to produce LPG variants of vehicles, bringing auto LPG under 5% GST slab, and reducing GST for auto LPG conversion kits from 28% to 5%.