BS 4 vehicles sale during lockdown under scrutiny of Supreme Court

The court observed that the benefit of its March 27 order cannot be taken two ways by making more sales during the period of lockdown and grace period of ten days further after March 31.
By : PTI
| Updated on: 10 Jul 2020, 08:16 AM 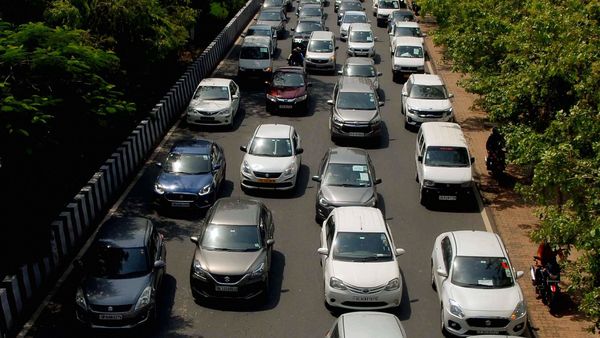 The Supreme Court on Wednesday observed that no BS 4 vehicles will be registered if sold after March 31, 2020.

The Supreme Court has wondered how BS 4 vehicles were sold in March during the Covid-19 induced lockdown across the country and said it would have to examine whether these transactions were "genuine" or "back dated".

The apex court observed that it "passes comprehension" how sale of Bharat Stage (BS) 4 vehicles could have taken place during the period of lockdown, which had commenced in India from March 25 to contain the spread of coronavirus.

The remarks were made by a bench headed by Justice Arun Mishra which on Wednesday recalled its March 27 order by which the top court had allowed sale of BS 4 vehicles for 10 days across India, except in Delhi-NCR, after lifting of the lockdown.

The bench, also comprising Justices S A Nazeer and Indira Banerjee, noted that benefit of its March 27 order "cannot be taken two ways by making more sales during the period of lockdown and grace period of ten days further after March 31."

"It would be in violation of spirit of this court's order, the vehicles shall be treated to be with dealers as if they are not sold and consideration if any received shall be returned forthwith to the purchasers, no such vehicles sold after March 31, 2020 of BS 4 technology shall be registered," it said.

The apex court referred to its earlier order and said the sole consideration for allowing sale of BS 4 vehicles after March 31 this year was lockdown, but the data placed before it indicated more sales during the period as compared to data of non-lockdown period.

"It passes comprehension, how sale of vehicles could have been taken place during the lockdown. It was stated that may be that online sales have taken place and it was also stated in the affidavit that distress sales had taken place," said the bench.

"Be that as it may, since the transactions given in the tabular form indicate more sales as compared to the data of non-lockdown period, we have no hesitation in recalling the order allowing the vehicles to be sold for 10 days after the lockdown was over," the bench said in its order.

Dealing with the question of registration of BS 4 vehicles sold up to March 31 this year, the apex court asked Additional Solicitor General (ASG) Aishwarya Bhati to verify as to whether details of vehicles placed before it were actually put on the government's E-Vahan portal.

It also asked the ASG to verify data from other states before the next date of hearing on July 23 and said it would thereafter consider the question of registration of vehicles.

"We have to see whether these transactions during lockdown are genuine transactions or they have been back dated," the bench said.

As per an affidavit filed in the apex court by an automobile dealers association on July 7, its members had sold 61,861 BS 4 vehicles from March 12 to March 31, while non-members had sold 72,532 such vehicles during this period.

"It is also stated that on E-Vahan portal details of 7,758 vehicles were not uploaded for members and for non-members it is 17,145," the bench noted in its order.

BS emission norms are standards instituted by the government to regulate output of air pollutants from motor vehicles.

On June 15, the apex court had made it clear that no sale and registration of BS 4 vehicles would be permitted in the country and pulled up the automobile dealers association for violating its earlier order that had given some limited relaxation.

A livid top court had noted that as per the compliance affidavit filed regarding its March 27 order, more than 2,25,000 vehicles were waiting registration as on March 31 and this exceeded the figure which it had specified.

It had allowed registration of 1.05 lakh two-wheelers, 2,250 passenger cars and 2,000 commercial vehicles which were sold but not registered across the country.

It had said that registration of vehicles, which were to be sold out of the permitted 10 per cent, cannot be made without its permission and without giving particulars as ordered by the court in March.

In March this year, the apex court was informed about the unsold inventory of BS 4 vehicles -- around seven lakh two wheelers, 15,000 passenger cars and 12,000 commercial vehicles.

The top court had then ordered that vehicles, which were sold but not registered, be registered by the authorities by April 30.