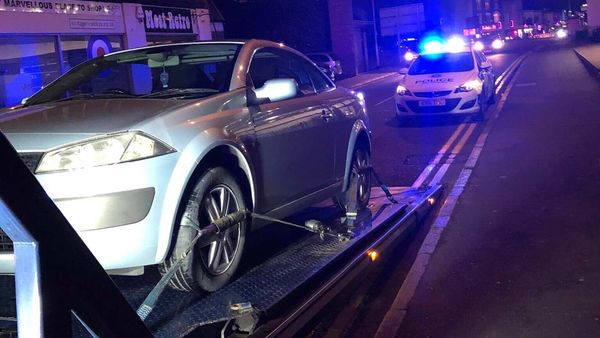 A brand new silver Renault Megane was seized by the Northamptonshire Police in the UK merely 30 seconds after it was purchased by the owner.

The police officers almost believed him for once. However, the unlucky driver made another big mistake of not getting his car insured before leaving the showroom. "Unfortunately (he) took his chances (by) not insuring (the car). And well you all know what happens next..," read the police department's Twitter post.

The brand new car was then seized by the police officials and towed away from the scene. A picture of the incident has been posted on Twitter by the police.

This vehicle almost has a head on with our motor. The driver then told officers he brought the car 30 seconds ago and for once this was actually true. Unfortunately took his chances not insuring it. And well you all know what happens next.. #Seized #s3812BRANDHAM pic.twitter.com/O5XF3oboGO

In the UK, it is illegal to drive any vehicle on a road or a public place without getting it insured. If caught, this can attract a heavy fixed penalty amount. In fact, driving without insurance topped the list of most common traffic offenses during a road safety campaign launched by Northamptonshire Police in October, Fox News reported. Around 366 motoring offenses were detected in the county, 64 vehicles seized and 19 people arrested.