Union minister Nitin Gadkari's suggestion comes at a time when the retail prices of petrol and diesel are increasing in the country.The minister also mentioned that he has converted his diesel-run tractor into a CNG-powered vehicle.
By : HT Auto Desk
| Updated on: 11 Oct 2021, 11:22 AM 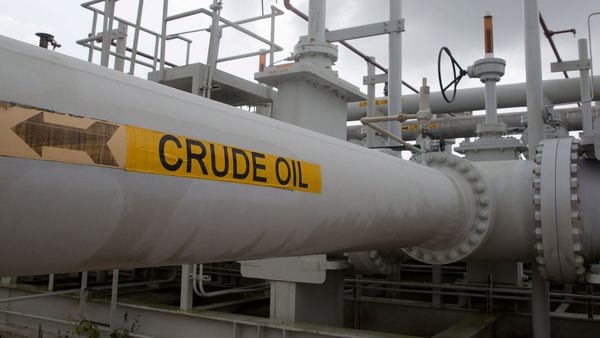 Image of crude oil pipe used for representational purpose only

Union Road Transport and Highways minister Nitin Gadkari has said that the country needs to boost the production of biofuel by making use of stubble of certain crops in order to reduce the dependence on the import of crude oil and fuel gases to fulfill the country's demand of fossil fuels.

Virtually addressing the International Soy Conclave organised by the Soyabean Processors Association of India (SOPA) in Madhya Pradesh, the minister stressed on the need to produce biofuels. "We should encourage the production of bio CNG and bio LNG using the stubble of crops like soybean, wheat, paddy, cotton etc. to reduce the dependence on imports of crude oil and fuel gases. This will generate additional income for farmers," he said.

Gadkari also mentioned that he has converted his diesel-run tractor into a CNG-powered vehicle.

The minister's suggestion comes at a time when the retail prices of petrol and diesel are increasing in the country, with the seventh consecutive rise today. This comes on the back of a rise in the rates of crude oil in the international market to $82 per barrel after the group of oil-producing countries - OPEC - decided to not increase the volume of oil production by more than 0.4 million barrels per day.

Further, promoting the use of alternate fuel, earlier this month, the minister had said that it will be made compulsory for all vehicle manufacturers in the country to make flex-fuel engines after his ministry gets permission from the Supreme Court. He added that the government is putting in all efforts to create an ethanol economy. Flex-fuel or flexible fuel is an alternative fuel that is developed by combining conventional fuels and methanol or ethanol.

The Petroleum and Natural Gas ministry, in its new liberalised petrol licensing norms, has also mandated that the new licensee will have to install at least one new generation alternate fuel like compressed natural gas (CNG), biofuels, liquefied natural gas, electric vehicle charging points, at the outlets.