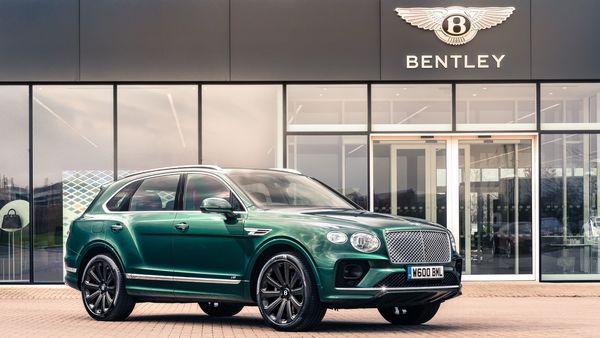 Luxury automaker Bentley noted a record year in 2021 as its global sales increased by 31 per cent on the back of strong demand for premium vehicles. The British carmaker and unit of Volkswagen AG stated that its sales grew from 11,206 units in 2020 to 14,659 units last year. The company recognized that the growth is even more significant because pandemic-related factors continues to pose a serious challenge all through last year.

It is believed that sales of premium cars have been increasing across key global markets such as China and the United States as due to the travel restrictions, the wealthy consumers are left with more disposable income. Bentley informed that its sales last year rose 39 per cent in the Americas and 40 per cent in China. With these two markets, the company accounted for nearly 60 per cent of its total sales from here.

Bentley Chief Executive Adrian Hallmark said in a statement that the brand performed despite 2021 being an unpredictable year. “I am delighted to be able to confirm that we overcame significant headwinds, and deliver a breakthrough in our sales performance," he said.

The Bentayga luxury SUV from the automaker, with a starting price of around 150,000 pounds ($203,000), remained Bentley's top-selling model. The sales were also pushed by its new hybrid option. Bentley has also committed to go fully electric by 2030.

According to a recent report, the luxury car brand is also working on a bespoke model that may become the most expensive model that the automaker has ever produced. This luxury coupe may also feature Bentley's W12 engine. The name for this luxury car has not been decided yet, but it is being said that the automaker will build about 25 units of this model. This model is going to be the second model after Bacalar that is going to have limited units.