Bentley Motors has produced the 80,000th individual example of the Continental GT at its factory in Crewe, UK. The latest car is a handcrafted, right-hand drive Continental GT V8 with Orange Flame exterior paintwork.

The luxury grand tourer has been finished with the optional Blackline Specification and Styling Specification, both of which add to the car’s presence and hint at its performance credentials. 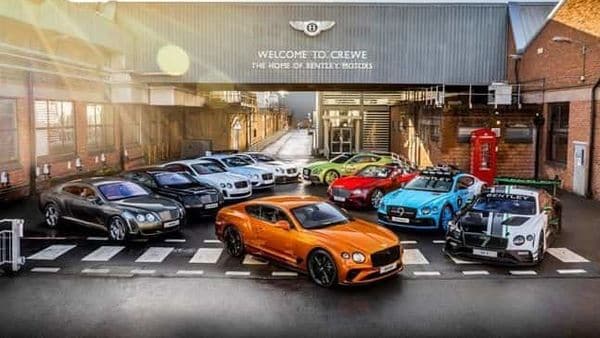 Bentley's a heritage fleet highlighting the evolution and achievements of the Continental GT since 2003.

The Continental GT was launched in 2003 and since then, the company has produced three generations of the model that has undergone several significant styling, technology and engineering upgrades. Over the years, the model has seen an increase of up to 27 per cent in peak power, whilst models within the range have also achieved a reduction of 48 per cent in CO2 emissions over the original Continental GT.

The third-gen Continental GT features an upgraded platform, new stance and proportions, and is more sculpted and sharply defined. It gets a choice of powertrains and 17 billion various configuration options for interior as well as exterior. Nearly 5,000 individual examples of the model are delivered to customers around the world every year.