Back to the future: Tesla opens supercharging route on China's fabled Silk Route

Tesla Supercharger network is now along 5,000 kms of Silk Route and covers as many as nine cities.Tesla is looking at providing charging options to its Chinese customers who may want to drive into vast expanse of the country's interiors.
By : HT Auto Desk
| Updated on: 22 Jun 2021, 11:13 AM 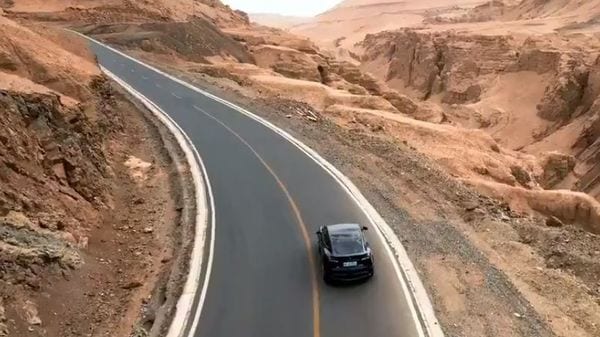 Screenshot from a video posted on Twitter by @teslacn

Tesla recently announced it has unveiled what could well be the longest supercharging route anywhere in the world, in China - along the fabled Silk Route. The entire route, stretching for 5,000 kilometres and connecting nine cities, has as many as 27 charging points for electric vehicles.

The cities along China's Silk Route that is now covered by Tesla's supercharging network.

With range-related anxieties widely seen as a big roadblock in the way of EV adoption, Tesla is working hard on expanding its network of Superchargers and China forms a key part of its plans. China is the world's largest EV market and Tesla has a dominant stake here. Little wonder then that the California-based company has accelerated its plans of taking EV infrastructure beyond big cities and out on roads less traveled. 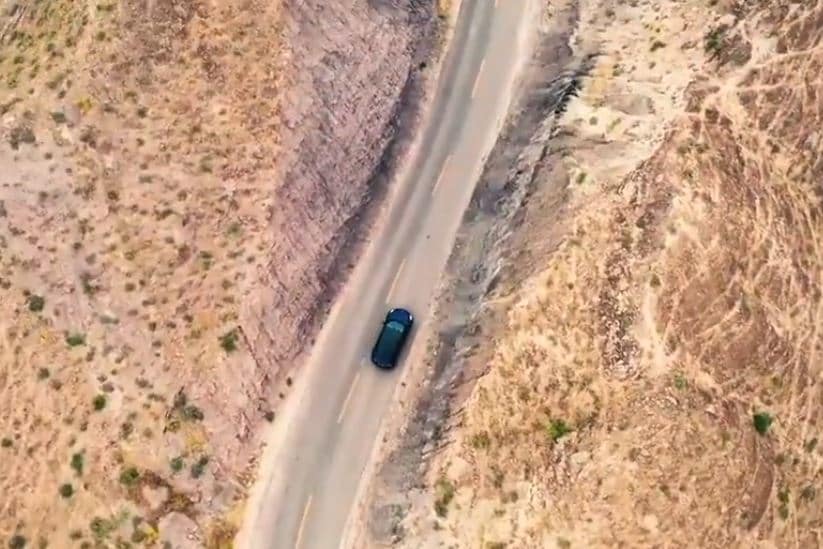 Tesla is looking at having one charging point every 100 to 300 kms to support its EVs along the Silk Route.

Tesla China's official Twitter account posted a video to showcase the supercharging route which yawns from the eastern coastal hub of Zhoushan to the western city of Horgos bordering Kazakhstan. While not exactly the Silk Route followed by traders, merchants and travelers in centuries gone by, this route does connect many of the paths trudged by them.

What this means now is that those looking at exploring smaller towns, tourist attractions like Kumtag Desert, Turfan volcano and Sayram Lake, and unexplored stretches can opt to drive out in their Tesla cars without worrying about range and losing charge.

The overall objective is to ensure that there is at least one charging point between 100 and 300 kilometres on the Silk Route. The Supercharger network can ensure that a Tesla is powered to run around 250 kilometres in around 15 minutes.

Tesla is the biggest player when it comes to EVs and this is true in China as well. But here, recent times have been a bit of a bother with suspicions about onboard cams on Tesla cars and reports of accidents and faulty parts hurting the manufacturer's image. These, however, have not stopped Tesla from speeding up manufacturing processes and going forth with its plans of expanding charging infrastructure.