Automobile wholesales declined by 11% in August amid chip shortage: SIAM 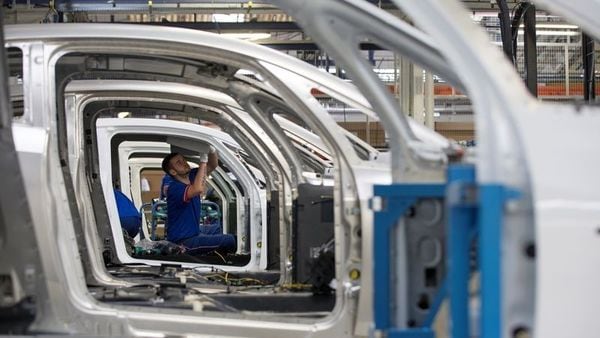 Society of Indian Automobile Manufacturers (SIAM) recently announced that automobile wholesales in India fell by 11 per cent year-on-year in August as the semiconductor shortage hit production across the automotive industry.

The total wholesales across categories excluding commercial vehicles stood at 15,86,873 units last month compared to 17,90,115 units in August last year. Based on the latest data by SIAM, dispatch of two-wheelers from OEMs to dealers plummeted last month while wholesales of passenger vehicles and three-wheelers saw an increase over August 2020.

Coming to the passenger vehicle segment that includes dispatches of cars, utility vehicles and vans from OEMs to dealerships, it saw a growth of 7 per cent compared to the same period last year. It grew by 2,32,224 units compared to 2,15,916 units in 2020. Auto major Maruti Suzuki India (MSI) dispatched 1,03,187 units last month that shows a fall of 9 per cent from 1,13,033 units in August 2020 whereas Hyundai Motor India sold 46,866 units last month, compared to 45,809 units in August last year. The data also showed that the three-wheeler segment raised by 60 per cent that is by 23,210 units against 14,534 units a year ago.

SIAM's director general Rajesh Menon shared that the Indian automobile industry is under pressure due to supply chain constraints. “The global semiconductor shortage continues and now it is having an acute impact on output across the auto industry," he was quoted by PTI. He also noted that the cumulative sales from April to August 2021, the passenger vehicle segment is still below the level of 2016-17, the two-wheeler segment is lower than the level of 2011-12, and the three-wheeler segment is behind by many years.