The policy would focus on eliminating the fleet of old polluting commercial vehicles plying on roads.Once approved, the policy will be applicable on all vehicles including two- and three-wheelers.
By : IANS
| Updated on: 07 Feb 2020, 10:09 AM 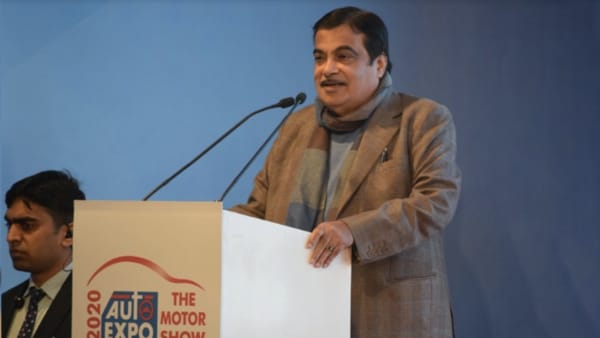 The minister said this while inaugurating the 15th Auto Expo which will open for public from Friday in Greater Noida.

According to the minister, the policy will benefit the auto sector and reduce the cost of procuring expensive metals such as copper.

On fuel blending, Gadkari said that the government is considering a Niti Aayog's proposal to introduce fuel with 15 per cent methanol content.

He informed the gathering that government has expedited the erection of access controlled expressways in the country.

Gadkari said it is expected that Delhi-Mumbai expressway should be completed around three years time, since the land acquisition for it has been completed and that all development concessions will be awarded soon.

Additionally, the minister said that new definition of the Micro, Small and Medium Enterprises will be revealed soon.

The 15th edition of the expo, is being jointly organised by ACMA, CII and SIAM from February 7-12 for the general public, at the India Expo Mart in Uttar Pradesh's Greater Noida.