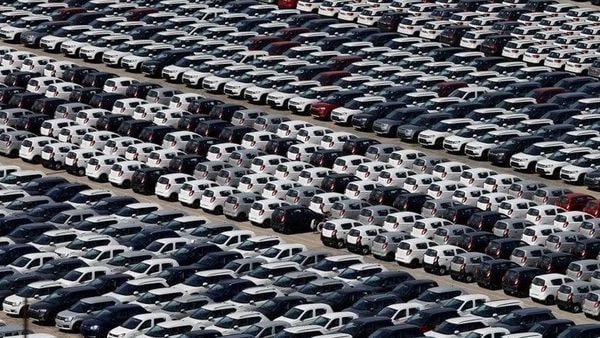 The automobile industry continued to face low demand last month as passenger vehicle sales declined while manufacturers geared up for a transition to BS 6 emission norms in the new financial year beginning April 1.

While domestic passenger vehicle sales dropped 2.3 per cent to 1.33 lakh units, the compact category (WagonR, Swift, Ignis) suffered a fall of 3.9 per cent to 69,828 units compared to 72,678 units in the year-ago period.

Tata Motors reported a decline of 34 per cent in domestic sales at 38,002 units in February.

"Commercial vehicle domestic sales were 35 per cent lower than last year. Retail in February was ahead of wholesale by 37 per cent, helping bring down stocks even further to an all-time low," said Girish Wagh, President for Commercial Vehicles Business Unit at Tata Motors Ltd.

"We are on track for the BS 6 migration with BS 6 stocks being consumed as per plan and BS 6 production initiated. The supply disruptions from the COVID-19 outbreak in China could have some impact on the BS 6 transition and all efforts are underway to mitigate it," he said in a statement.

Veejay Ram Nakra, Chief of Sales and Marketing for Automotive Division at M&M Ltd, said the ramp-down of BS-IV vehicle production has been in line with the company's plan for February.

"However, because of the unforeseeable challenges on the parts-supply from China, our BS-VI ramp-up has been affected. This has resulted in a high de-growth in our billing volume for February and our dealer inventory is now under 10 days," he said.

"Going into March, we anticipate the challenge on parts-supply to continue for another few weeks before we get back to normalcy," said Nakra.

Domestic two-wheeler sales were down by 21 per cent and domestic commercial vehicles sales dipped by 38 per cent year-on-year.