The automotive dealers have asked the government to allow employer's contribution to PF and ESI to be reduced proportionately, like last fiscal.
By :
| Updated on: 13 May 2021, 08:41 PM 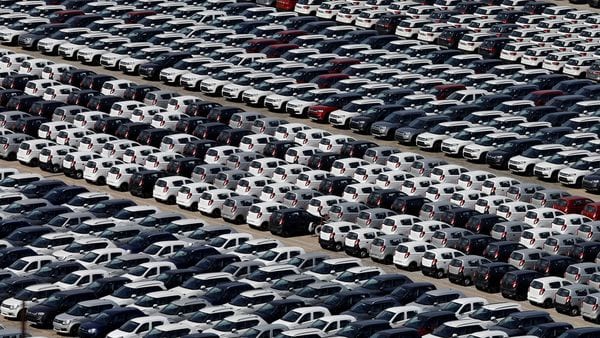 Automotive dealers have sought fiscal support, including an extension of GST payment for the next three months, to survive the second wave of COVID-19.

As per industry sources, the automotive dealers' body FADA has written to Finance Minister Nirmala Sitharaman and RBI Governor Shaktikanta Das, apprising them of the difficulties being faced by the sector while seeking immediate relief measures.

(Also Read: Vehicle registration in India falls to its lowest in 8 years in pandemic year)

Federation of Automobile Dealers Associations (FADA), which represents over 15,000 dealers having around 25,000 dealerships across the country, has sought a three-month extension for the delay in filing returns of GST payment, the sources said.

Besides, the industry body has urged the RBI to provide guidelines to banks and NBFCs to give a moratorium equivalent to the number of days of lockdown each state has declared for the payment of instalments of term loans, short term loans, corporate loans, inventory funding, scrutinised loans, and cash credit lines, among others.

The body has also suggested the RBI to reduce interest rates on all loans by 400 basis points for 90 days.

They also sought a moratorium extension on EMI payments for people who have bought vehicles.

The automotive dealers have also asked the government to allow employer's contribution to PF and ESI to be reduced proportionately, the way it was done during the first wave of the COVID-19 last fiscal, the sources said.

If actions are not taken promptly, there would be an adverse financial impact on the auto retail segment. Many of the dealerships, being family-run enterprises, may not be able to survive by the time the second wave comes to an end, the body noted.

The second wave is not only impacting the urban centres like last year but there is a massive impact on rural demand as well this time around, FADA said in the letter, as per the sources.