The industry body has said the slowdown has also resulted in an investment loss of up to USD 2 billion dollars during the period.
By : PTI
| Updated on: 07 Dec 2019, 12:32 PM 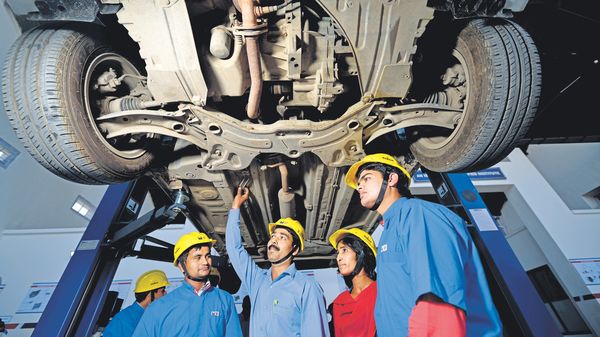 NEW DELHI : The auto component industry's turnover witnessed worst ever decline in the first half of the current fiscal leading to a job loss of around 1 lakh temporary workers till July this year, industry body ACMA said on Friday.

The industry body said the slowdown has also resulted in an investment loss of up to USD 2 billion dollars during the period.

"The automotive industry is facing a prolonged slowdown. The vehicles sales in all segments have continued to plummet for the last one year," ACMA President Deepak Jain told reporters here.

Considering that auto components industry grows on the back of vehicle industry, a current 15-20 per cent cut in vehicle production has adversely impacted the component segment, he added.

The last time when the auto components industry witnessed a decline in turnover was in 2013-14 when it dipped by 2 per cent, ACMA said.

"Primarily, it is the temporary employees who have lost jobs during the period," Jain said, adding it was due to component makers adjusting production to demand.

He said a 10 per cent growth would have added USD 6 billion of revenue, for which the corresponding investment could have been around USD 2 billion.

"Therefore, the investment loss due to the slowdown would be around USD 1.5-2 billion," he added.

Currently, he said the components industry's capacity utilisation has come down to 50 per cent from around 80 per cent when the growth was at the peak.

ACMA said subdued vehicle demand, recent investments made for transition to BS-VI from BS-IV, liquidity crunch, lack of clarity on policy for electrification of vehicles, among others had an adverse impact on expansion plans for the components sector.

Seeking government intervention for a sustainable long-term growth of the auto component industry, he said one of the key demands of the sector has been for a uniform GST rate of 18 per cent on all parts.

"Currently, 60 per cent of auto components are taxed at 18 per cent and the remaining 40 per cent, majority of which are two-wheelers and tractor components, at 28 per cent. This has led to flourishing of grey operations in aftermarket," he said.

A uniform 18 per cent rate will ensure better compliance and larger tax base, Jain added.

Stating that most of the component makers are MSMEs, he said ACMA is seeking revision in the definition of MSME, from one based on investment in plant and machinery to that on turnover.

"Considering MSMEs constitute over 70 per cent of the auto component industry, change in definition will enable a wider section of the industry avail of government incentives," Jain said.