The longest high-speed track for automotive testing in Asia is also the the fifth-largest in the world.The four-lane track in Indore will be used to carry out development and homologation tests for all kinds of vehicles.
By : HT Auto Desk
| Updated on: 29 Jun 2021, 03:22 PM 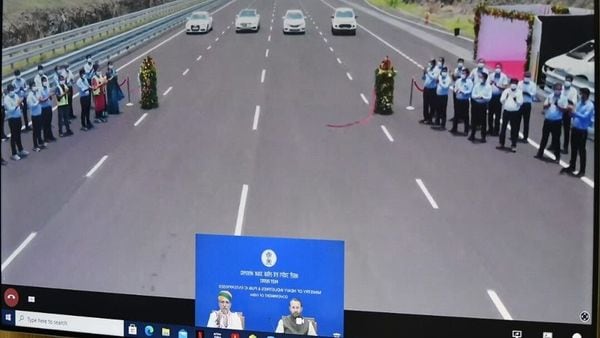 The National Automotive Test Tracks (NATRAX) facility will facilitate measuring the maximum speed capabilities of high-end cars and other categories of vehicles. The four-lane track will be used to carry out development and homologation tests for all kinds of vehicles.

The new high-speed test track is 16 metres wide and is oval-shaped. The facility is located 50 kilometres away from Indore and has been developed in around 2,960 acres of land. It has been designed for neutral speeds up to 250 kmph and a maximum speed of up to 375 kmph on curbs.

High-Speed Track is the heart of any proving ground for the auto sector. Today, inaugurated the longest high-speed track in Asia at Indore.

A proud moment for India and a key initiative in realising PM Shri @narendramodi 's vision of #AatmaNirbharBharat pic.twitter.com/lTnaz0ppQv

The massive size of the test track will prove to be beneficial to Original equipment manufacturers (OEMs) as it will enable performing a wide variety of automotive tests on one track, such as coast down tests, brake tests, speedometer calibration, constant speed fuel consumption test, noise test, vibration measurement, and mileage accumulation test, among others.

NATRAX offers 14 different types of testing tracks supplemented by state-of-the-art test equipment. Some of these tracks include braking track, handling track, fatigue track, comfort track, gradient track, sustainability track, among others. There are R&D laboratories and workshops for testing evaluation of all types of vehicles ranging from two-wheelers to heavy commercial trucks.

Many projects in the railways, highways etc. which were languishing for years are today getting completed because of the strong political will. NATRAX- the high speed track completed and inaugurated today is another example that shows how Modi govt. works. pic.twitter.com/MsHNxG8mB4

While inaugurating the high-speed track, Javadekar said that it is a proud moment for India and a key initiative in realising Prime Minister Narendra Modi's vision of Aatmanirbhar Bharat. Taking to micro-blogging platform Twitter, he wrote, "High-Speed Track is the heart of any proving ground for the auto sector. Today, inaugurated the longest high-speed track in Asia at Indore."