The fortunes of battery makers in South Korea, Japan and China are linked to Tesla, the EV market leader, as they supply its factories in Nevada and Shanghai.Shares in South Korea's LG Chem slipped 2.2% while Panasonic fell 4% and China's CATL was down 2.8%.
By : Reuters
| Updated on: 23 Sep 2020, 11:27 AM 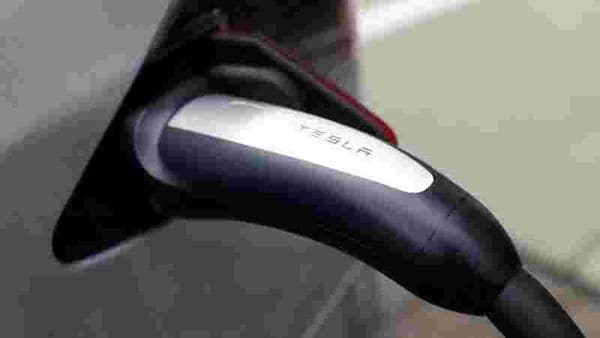 Shares of Asian battery suppliers fell on Wednesday after Tesla Inc outlined a plan to halve the cost of its electric vehicle batteries and bring more production of the key auto component in-house.

The fortunes of battery makers in South Korea, Japan and China are linked to Tesla, the EV market leader, as they supply its factories in Nevada and Shanghai.

Tesla CEO Elon Musk said on Tuesday the carmaker aims to drive down vehicle costs by producing a new generation of batteries that will be more powerful, longer lasting and half as expensive as the company's current cells.

Musk acknowledged that Tesla does not have its ambitious battery designs and manufacturing processes fully complete -- disappointing investors and wiping $50 billion off its market value -- but analysts said plans for in house production would put pressure on suppliers to lower prices.

Shares in South Korea's LG Chem slipped 2.2% while Panasonic fell 4% and China's CATL was down 2.8% in afternoon trading.

A Panasonic spokeswoman said the company is "considering a variety of options" when asked if Panasonic would partner with Tesla on new cell production, but added that nothing has been determined at this time.

"We value our relationship with Tesla and look forward to enhancing our partnership," the company said.

LG Chem declined to comment. A source familiar with the company said it is open to cooperating with Tesla on the new batteries.

CATL said in a statement it also planned research and investment in nickel rich chemistry, large cells and integrated structure, which are part of Tesla's technology development roadmap, and saw them as key factors in making electric vehicles mainstream.

"This 100 gigawatt hours are supplemental to what we buy from suppliers," Musk said, reiterating that Tesla will continue to use its existing cell suppliers.

Tesla currently produces batteries in partnership with Panasonic at its Nevada factory, while LG Chem and CATL supply cells to its Shanghai factory.

Tesla said it has started ramping up production of its new batteries at a pilot line near its vehicle plant in Fremont, California, but the production yield is not high.

"It is insanely difficult to scale up," Musk said at the company's closely watched "Battery Day" presentation.

Experts had mixed responses over whether Tesla will be able to live up to its aim of mass producing the bigger new batteries.

"Once Tesla succeeds in mass-producing the new cells, other battery vendors will find it difficult to catch up. It will be difficult to imitate the technology," he said.