The International Trade Commission ruled on Wednesday that SK Innovation’s batteries will be banned from the US for 10 years, dealing a potential blow to efforts by Ford Motor Co. and Volkswagen AG to ramp up production of electric vehicles.
By : Bloomberg
| Updated on: 11 Feb 2021, 03:52 PM 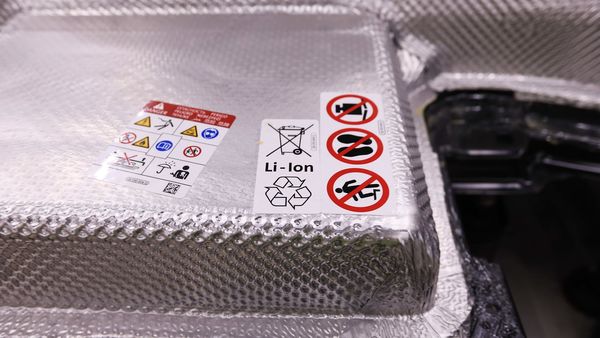 LG Energy Solution Co., the South Korean company that supplies electric-car batteries to Tesla Inc., said it expects to meet with SK Innovation Co. soon to talk about a settlement after the International Trade Commission banned imports of the latter company’s products to the US for 10 years.

Any agreement on compensation will depend on how authentic SK Innovation’s proposal is, Woongjae Han, senior vice president of LG Energy’s legal department, said during a briefing in Seoul on Thursday. LG Energy isn’t considering engaging in legal action with other companies, he said.

The International Trade Commission ruled on Wednesday that SK Innovation’s batteries will be banned from the US for 10 years, dealing a potential blow to efforts by Ford Motor Co. and Volkswagen AG to ramp up production of electric vehicles.

SK Innovation will be able to import components for four years for domestic battery production for Ford’s EV F-150 launching next year, and for Volkswagen’s American MEB line for two years, to give the automakers time to transition to new domestic suppliers, it said.

“We have met with SK Innovation since last year but we have not been able narrow our differences," Han said on Thursday. “But now that the ITC has made its ruling, we expect to resume talks soon."

Analysts were quick to point out the distress the ITC’s ruling would cause to SK Innovation, with Bloomberg Intelligence analyst Horace Chan calling it a “really big blow."

“VW and Ford may have to work with alternative suppliers such as LG or Samsung SDI on their updated versions of EV models," he said.

Ford has pointed out in May that “EV batteries cannot simply be swapped like batteries in a flashlight." But the Detroit automaker on Wednesday said its plans won’t be derailed.

SK Innovation may consider appealing the ITC ruling after a thorough review, according to an emailed statement Thursday. It also said that it’s willing to negotiate so long as the conditions are reasonable.

LG Energy was set up in December after LG Chem split its battery business into a new entity. The company plans to strengthen R&D because the EV battery market has been growing at such a fast pace, LG Energy’s senior vice president of planning, Seungse Chang, said at Thursday’s briefing.

Shares in SK Innovation have jumped 56% this year. Markets in Seoul on Thursday were closed for a public holiday. The company is rated a buy by 27 analysts, while six have it at hold and one says sell.