Ashok Leyland has more than 50 touchpoints across Bangladesh and is one of the leading commercial vehicle brands in the country.
By : HT Auto Desk
| Updated on: 07 Feb 2022, 02:18 PM 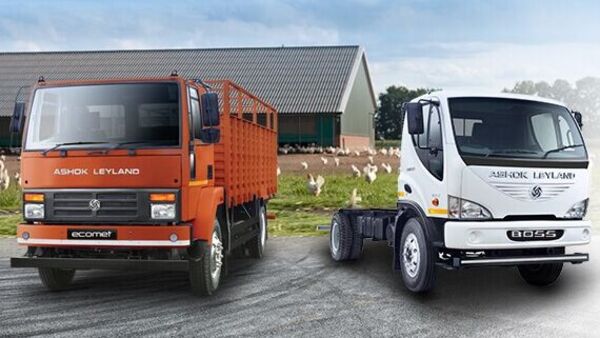 Commercial vehicle maker Ashok Leyland on Monday announced that it will supply 200 trucks to the Bangladesh government as part of a $2-billion line of credit announced by Prime Minister Narendra Modi. A total of 135 built trucks have already been delivered to Bangladesh as part of the order.

The company had won the tender floated by the Bangladesh government for 135 fully-built trucks. The order comprising of 3T truck, hydraulic beam lifter and Sewerage sucker have already been handed over to the country's Roads and Highways Department in the current financial year.

After that, Ashok Leyland won another order comprising a lot of 65 units of Truck Mounted Wrecker - a specialised vehicle that will be deployed by the Bangladesh government for various highway applications. “Bangladesh is one of our key export markets, and this supply further strengthens our position in the country. We are enthused by the various export facilitation measures taken by the Indian Government," Amandeep Singh, head of the international operation, Ashok Leyland, told PTI.

Ashok Leyland has more than 50 touchpoints across Bangladesh and is one of the leading commercial vehicle brands in the country. The company further plans to increase the volumes and footprint in overseas markets, especially in SAARC, GCC and Africa regions. “Exports have been a strong focus for us to de-risk from cyclicality in the Indian market," Singh added.