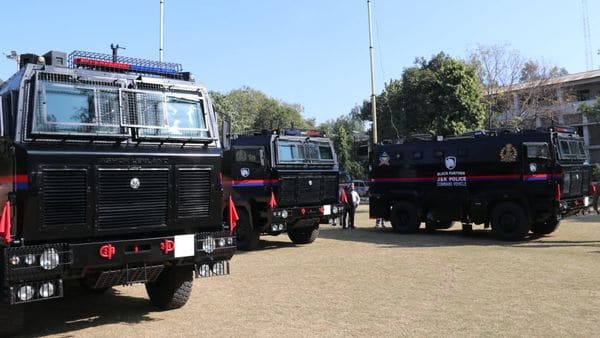 The vehicles, named as 'Black Panthers', were flagged off during a ceremony held at District Police Lines in Jammu. The DGP inspected the Black Panthers Operation Command vehicles while he was briefed by ADGP Headquarters, PHQ and the team of experts regarding the features.

The DGP said that with the vehicles will help the police to effectively monitor the region and also help during any emergency situation due to the surveillance system installed in these vehicles. He referred to the Nagrota encounter recently, saying that the command vehicle used during the operation proved extremely useful in neutralising the terrorists.

The DGP also said that the vehicles have been provided to all ranges of Kashmir Zone. He said that in future the vehicles will also be provided to other Ranges of Jammu zone as well. He also added that Jammu and Kashmir Police is planning to provide these vehicles to all districts in both Kashmir and Jammu Zone.