As China scraps one-child policy, many predict boom in sale of large SUVs

China currently has a three-child policy, a marked deviation from its one-child policy that was in place for decades.Larger families may mean need for larger vehicles and this is where SUVs and MPVs could play a bigger role.GM has already teased images of a nine-seat vehicle for China.
By : HT Auto Desk
| Updated on: 15 Jun 2021, 10:48 AM 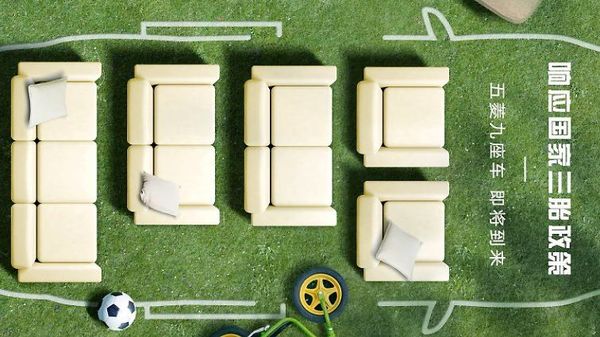 China has had a single-child policy for its citizens for several decades and had increased the limit to two in 2016. Recently, even this was scrapped, paving the way for married couples to have even three children if they so desire. And while small families have seen a sustained preference for small cars in the country, the possible population boom in the times to come may make large SUVs with multiple-seating options more popular than these currently are.

The decision to do away with fixing a limit on the number of children a couple can have is largely seen as a result of China's ageing population. And while some reports suggest the new three-child policy may not drastically improve the birth rate in the country, many in the automotive industry here see an opportunity for large SUVs and MPVs that is now up for grabs.

GM, for instance, teased a completely new 9-seater vehicle for the Chinese market with four rows of seats in 2+2+2+3 set up. The vehicle will have sliding doors for easier access to the cabin for all. Manufacturers may also up the emphasis on vehicles with five and seven seats here at a time when SUVs and pick-up trucks are seeing increased traction in markets elsewhere.

Another factor that may help large SUVs find increased favour is the increase in emphasis on families traveling together in Covid-19 times. While this is mostly a global phenomena and not specific to China, the option to pack in all family members and luggage for getaways at a time when flying or taking the rail route may still be considered rather unsafe is being backed as a factor to consider.

In China, much though would depend on how strong the automotive sales remain. After 13 long months of steady rise, May sales dipped noticeably in the country. And with electric vehicles becoming more and more popular, the possible favour for SUVs and MPVs may yet get bogged down even before taking flight.