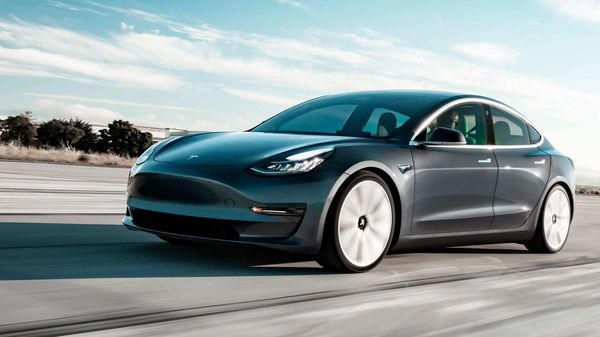 U.S. electric vehicle maker Tesla Inc said on Friday it has started China sales of two more Model 3 variants built at its Shanghai plant, meaning all Model 3 sedans sold in the country are now locally made and not subject to import tax.

The development comes at the tail end of a Sino-U.S. trade war characterised by tit-for-tat tariffs on goods and services as varied as metals and cars, which bumped up prices of U.S. made goods in China.

It also comes after Tesla suspended production at its San Francisco Bay Area plant due to the broader impact of the coronavirus, with plans to resume normal operation on May 4.

The rear-wheel drive variant, with a driving range of over 600 kilometres before needing to be recharged, differs from the imported version which was all-wheel drive and priced 439,900 yuan.

The locally made Performance Model 3, for which deliveries are slated for the first quarter next year, will be priced 419,800 yuan, the California-based automaker said without specifying the price after subsidies. Imported Performance Model 3 vehicles were priced 509,900 yuan.

(Also read: Watch how Tesla makes Model 3 sedans at its China Gigafactory 3 in this video)

The move contrasts with a previous plan from Tesla's billionaire chief executive, Elon Musk, under which the automaker would only make more affordable versions of the Model 3 sedan at its $2 billion Shanghai factory.

Tesla also said it will cut the pay of global vice presidents in China by 30% and that of China-based director-level executives by 20%, to be consistent with operations in the United States. Salaries of other China-based staff are unchanged, it said.