E-bicycle segment in India accounts for only 2-3% of the total bicycle market, which was 20 million last year and therefore both domestic and overseas markets offer good opportunities for the segment players.
By : PTI
| Updated on: 09 Nov 2020, 01:32 PM 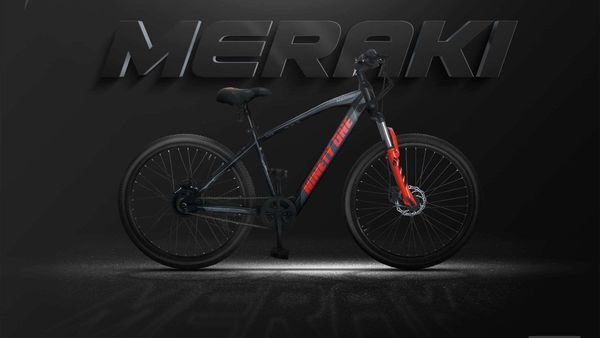 Meraki by Ninety One e-bicycle by AlphaVector.

MUMBAI : Home-grown startup Alpha Vector, which last week entered the e-bicycle segment in the country with the launch of its Meraki brand, is looking to sell its bike in the overseas markets with the segment expected to be a USD 38.6 billion business globally by 2025.

E-bicycle segment in India accounts for only 2-3 per cent of the total bicycle market, which was 20 million last year and therefore both domestic and overseas markets offer good opportunities for the segment players, according to Alpha Vector.

Designed and developed in-house, Meraki was launched for ₹29,999 and will be available across over 350 cities in the country through the company's retail network of 700 stores as well as online via the company website.

"We call the brand Ninety One, which is also India's international calling code. We have the capability and competence to deliver a product of global appeal. Therefore, we are definitely looking for its exports in the near future," said Vishal Chopra, co-founder, Alpha Vector.

He said the company is looking at the entire Middle East and Europe for Meraki's exports as customers in these geographies not only have willingness to spend but also they want to try out new products.

E-bike is relatively a new phenomenon in the country as not many organised players are producing them in large volumes or at affordable price points, said Chopra.

However, of late, there is an increasing awareness about the bicycle and its variants, according to him.

The bicycle has a 250 watt brushless DC motor with a top speed of 25 kmph and is equipped with 6.36AH lithium-ion battery that can be charged completely in 2.5 hours, which offers up to 35 km at full charge.

It comes equipped with e-brakes and four driving modes -- pedal assist, throttle (which makes the e-bicycle work without pedalling like a scooter), cruise and pedal.

The key-lock switch feature helps avoid tampering and mischief as the bike cannot be turned on without a key.

On the domestic plans, Chopra said, "We are going to ramp up very aggressively, so we are going to get to the market with 500 units right off the back and then grow to 1,000 and 1,500 and so on."

"We are looking at a segment which was never growing at 2-5 per cent normally. Today we are able to fulfill only 15 per cent of the demand so the market is ready to embrace and adopt these new ideas and new technologies from home-grown startups, like ours," he said.

Founded in 2015, the bicycle maker, which has investment from Fireside Ventures, Avaana Capital and Titan Capital, currently has presence in over 350 cities and over 700 stores/dealers pan-India, he said.