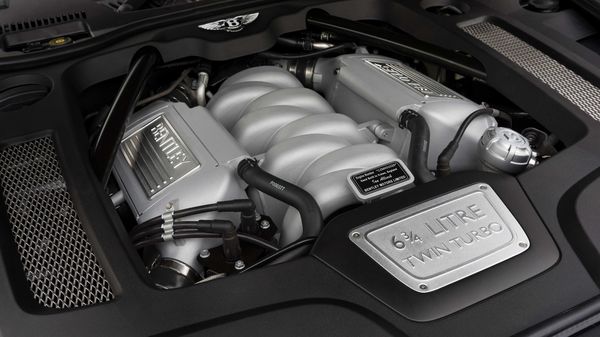 The famous 6.75-litre V8 in the Bentley Mulsanne will disappear along with the sedan.

The mighty Bentley 6.75-litre V8 engine – the longest serving V8 design in continuous production – has finally reached the end of its handcrafted manufacturing run. The final engine was assembled in Crewe yesterday by the dedicated team of seven people, who between them have a combined experience of 105 years building Bentley’s iconic V8 engine.

In production for more than 60 years, and with the same configuration and bore spacing as the very first version from 1959, the last L-Series engine will spend its life powering the 30th and last specially commissioned Mulsanne 6.75 Edition by Mulliner. This bespoke series closes the Mulsanne’s production run, and celebrates the life of its iconic engine with a myriad of V8-inspired details including badging, blueprint graphics and even ventilation “organ stops" featuring a miniature version of the oil cap.

Bentley’s Member of the Board for Manufacturing, Peter Bosch, comments: “Our venerable 6.75-litre V8 has powered the flagship Bentley for more than six decades, and so has earned its retirement. I am extremely proud of the generations of skilled craftspeople that have meticulously assembled every one of these engines by hand over the years. That this engine stood the test of time for so long is testament to the ingenious engineers who kept making the engine ever more powerful, refined and reliable. Now, we look forward to the future of Bentley, powered by our exceptional W12, sporting 4.0-litre V8 and of course our efficient V6 Hybrid - the start of our journey to electrification."

Originally designed by a team of Bentley engineers in the 1950s to deliver a step change in performance over the straight six it replaced, the L-Series V8 first saw service in the 1959 Bentley S2 – developing around 180 bhp, deemed “adequate" by Bentley at the time. Since then, through the advent of continual design improvement, turbocharging (first single, then twin), electronic control systems, fuel injection and variable valve timing the modern descendant of that original engine has evolved into something truly extraordinary. Developing 530 bhp for the Mulsanne Speed, together with an astonishing 1,100 Nm of torque, the low-revving engine delivers a unique character that defined the widely-recognised “wave of torque" that all Bentleys now ride. At the same time, emissions have been drastically reduced, with the modern engine producing 99% fewer harmful emissions than its forebear.

Every one of the 36,000 L-Series engines built over the last 60 years has been created by hand in the engine workshops of Bentley’s Crewe headquarters. Even the modern engine takes 15 hours to build, and the key internal components are individually chosen to form a matching, balanced set so that the engine runs perfectly smoothly – a skill that takes years to perfect. Once completed, and after thorough testing, the engine is signed off by one of Bentley’s engine specialists, as it has been for decades – with a plate denoting their signature affixed to the front of the engine. 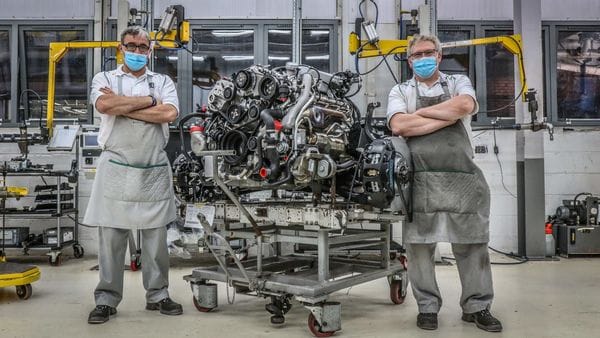 A total of 36,000 L-series engines were handcrafted. Each of them requires approximately 15 hours of work.

With the Mulsanne completing production once the thirty 6.75 Edition cars are built, the all-new Flying Spur will become Bentley’s flagship model, as the pinnacle of Bentley’s exquisite range of luxurious cars. With the Flying Spur to receive a hybrid powertrain by 2023, the move symbolises Bentley’s commitment to change and its journey to define the future of sustainable luxury mobility. The world’s most sought-after luxury car brand has already taken its first step on the road towards electrification with the launch of the Bentayga Hybrid - the luxury SUV sector’s first, true plug-in hybrid and the most efficient Bentley ever.

The development of the first Bentley V8 engine began not long after the company moved to its current headquarters in Crewe. In the early 1950s, Jack Phillips, Senior Engine Designer, was asked to undertake a confidential study to find a replacement for the six-cylinder engine used in the Bentley Mark VI, R-Type and S1.

His brief was to build an engine that was at least 50 per cent more powerful than the six-cylinder it would eventually replace, while occupying the same space under a bonnet with no increase in weight. A ‘V’ configuration was the natural choice and it is a testament to Phillips and his team that the engine ran just 18 months after the start of the design process.

From the very beginning of production, engines were ‘run in’. They ran on a test bed for more than 500 hours at full throttle and covered hundreds of thousands of miles in real-world conditions to prove their worthiness. A department of skilled inspectors would then strip down the mechanics to ensure the highest standards were maintained.

The resulting 6.2-litre V8 engine was 30 lb lighter than the six-cylinder model. It made its debut in the Bentley S2 of 1959. The car featured air conditioning, power steering, electrically-operated ride control and press button window lifts – the most luxurious equipment for a car of that era.

The original V8 engine then had to be redesigned to fit into the new Bentley T-Series introduced in 1965. The engine design team focused on improving performance, while reducing the overall engine dimensions to fit the space available under a lowered bonnet. 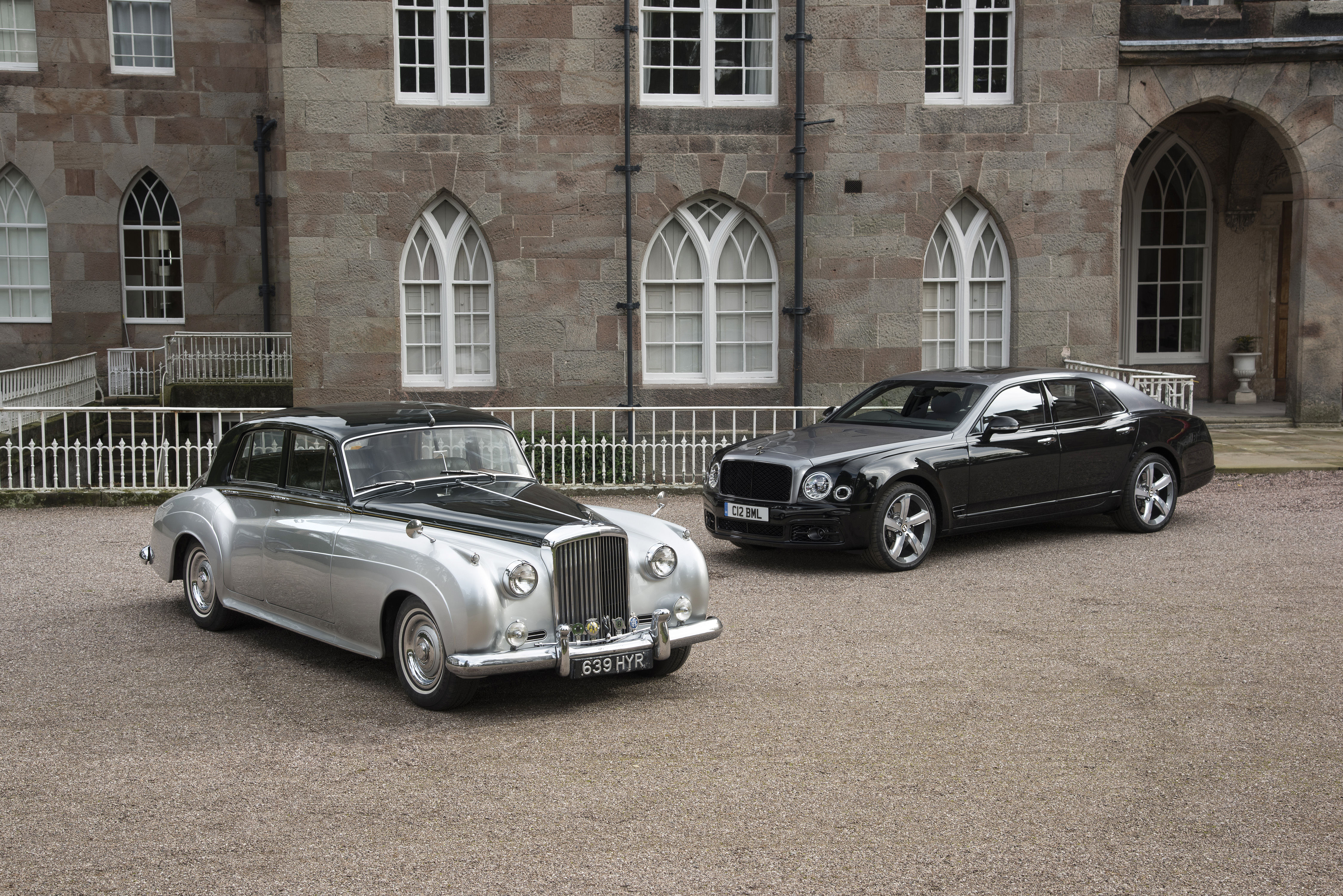 The last major overhaul in the iconic V8 engine was done before the launch of the new Mulsanne in 2010.

Engine capacity was increased to the eponymous 6.75-litres in 1971 through an increase in stroke from 3.6 to 3.9 inches that delivered even more torque.

The biggest single change to the engine was for the launch of the Mulsanne Turbo. With the fitment of a large single turbocharger, the 6.75-litre engine become the first forced-induction Bentley engine since those that powered Tim Birkin’s Blower Bentleys of the 1920s. Power and torque made a step change, and the single turbo setup was eventually replaced by a twin-turbo design along with fuel injection and full electronic control.

For the launch of the new Mulsanne in 2010, the V8 underwent a major overhaul, with a new crankshaft, new pistons, new connecting rods and new cylinder heads that brought variable valve timing and cylinder deactivation - the latter being a first for Bentley, but since adopted across the entire model range. Power stayed above 500 bhp, while torque figures peaked at 1,100 Nm – for a time, the L-series V8 made more torque than any other automotive engine in the world. At the same time, the re-engineered V8 delivered a 15% improvement in fuel economy in emissions.