This is the second consecutive year that the 121-year-old New York Auto Show stands cancelled due to the pandemic. Javits Center, the usual venue of the auto show, was being used as a field hospital and forced the organisers to push it to April 2021.
By : HT Auto Desk
| Updated on: 05 Aug 2021, 09:30 AM 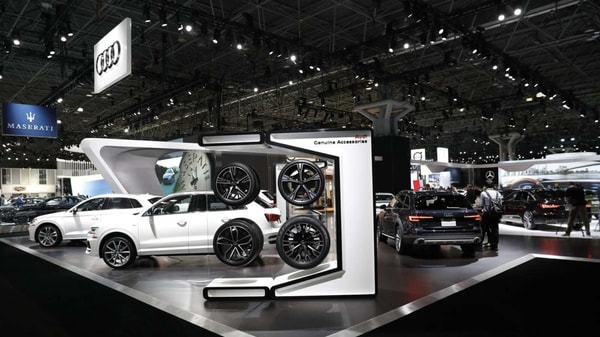 A General view of part of the floor at the New York Auto Show being held in the Manhattan borough of New York City, New York, US, March 29, 2018. (File photo)

Mark Schienberg, president of the New York Auto Show, issued a statement on Wednesday, saying "All signs were positive, and the show was coming together stronger than ever, but today is a different story." Part of the reason why the show had to be called off was the measures announced by the state and local officials in Manhattan to protect people from the coronavirus.

The annual auto fest is organised by the Greater New York Automobile Dealers Association. The event this year was scheduled to kick off on August 19 at the Jacob K Javits Convention Center in New York City. It planned to showcase around 1,000 vehicles spread across 1 million square feet of exhibit space.

The Javits Center was being used as a field hospital for Covid-19 patients last year. It forced organisers to abandon the 2020 show and instead push it to April 2021. The show was then further postponed to August before the announcement of its cancellation.

This is the second consecutive year that the 121-year-old New York Auto Show stands cancelled due to the pandemic. The marquee event, founded in 1990, was cancelled for the first time since the World War II in 2020. The organisers had decided to delay the event till August over coronavirus concerns. Now, the organisers hope that the auto show will return in April next year, if Covid-19 situation improves.