Volkswagen delivers 27% more EVs in first half of 2022 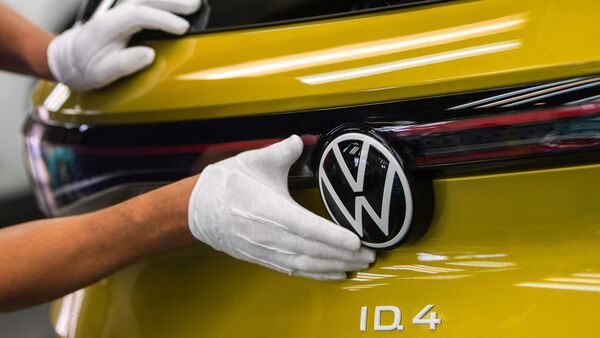 Volkswagen on Friday announced that its deliveries of all-electric vehicles increased by 27 per cent in the first six months of this year. Volkswagen informed that despite various supply-related bottlenecks, a temporary stoppage in production in Europe and Covid-related lockdowns in China, the auto major delivered about 2,17,100 fully-electric vehicles compared to 1,70,900 EVs last year.

Volkswagen shared the BEVs share of total deliveries reached a level of 5.6 per cent from 3.4 per cent in the first half of 2021. The automaker also informed that China registered the biggest growth as 63,500 electric vehicles were handed over to customers. This, Volkswagen stated, is a three-fold increase compared to the preceding year.

With an increasing demand for electric vehicles, Volkswagen also shared that BEV order intake in Western Europe observed a rise of 40 per cent. In Europe, the company delivered about 1,28,800 vehicles in the first six months of this year followed by the United States which saw an increase of 8 per cent of the Volkswagen Group’s global BEV deliveries with 17,000 vehicles.

Group Board Member Sales Hildegard Wortmann said the company despite various challenges, especially in the second quarter, the sales of electric vehicles saw success. “Demand continues to be strong and we expect an improving supply situation in the second half of the year. June BEV deliveries showed a clear upward trend already to the monthly levels of Q4 2021. We are working intensively to reduce the high order bank and the delivery times for our customers and are committed to our goal of a BEV share of 7 to 8 per cent for the full year," added Wortmann.