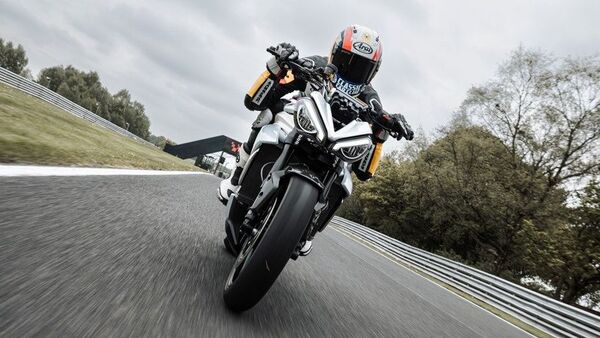 Triumph TE-1 is a prototype that has a riding range of 161 km on a single charge.

Triumph has announced that their TE-1 development project is near completion. The TE-1 will not be entering production but will help in the development of future electric motorcycles on which work has already been started. The prototype motorcycle was tested by Daytona 200 champion racer, Brandon Paasch. Triumph has taken some of the design inspiration from their Speed Triple motorcycle.

The TE-1 weighs 220 kgs which Triumph says is 25 per cent lighter than the comparable electric motorcycles. It produces 175 bhp of max power and peak torque of 109 Nm. The power is distributed throughout the rev range. When compared, the Triumph Street Triple produces 177 bhp and 125 Nm of peak torque. 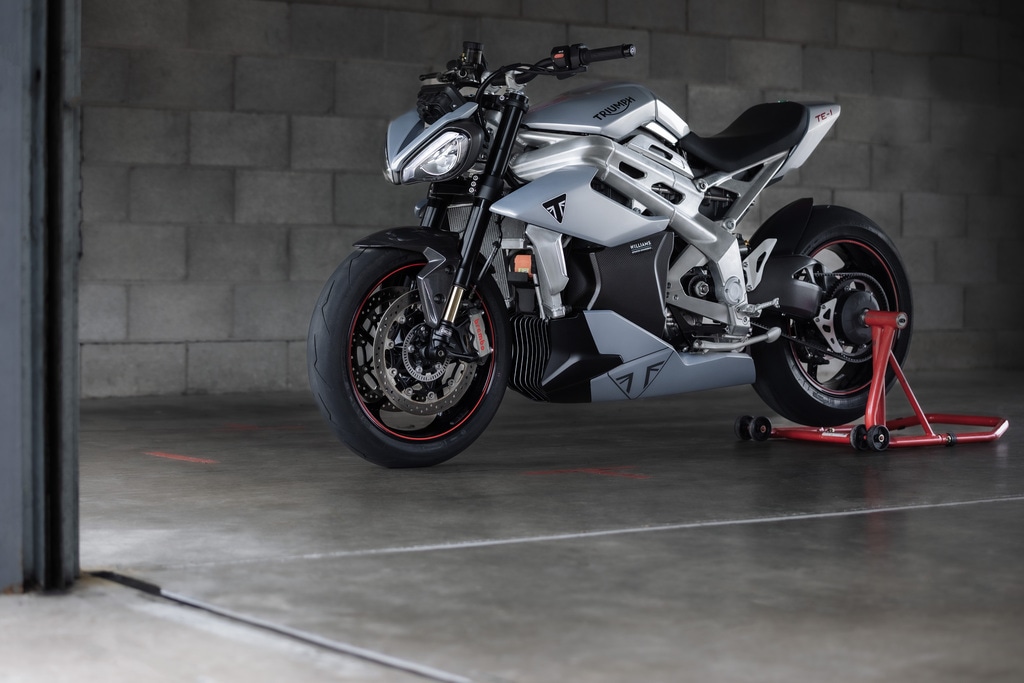 The electric motorcycle can hit 100 kmph in 3.6 seconds and 160 kmph in 6.2 seconds. The battery pack has a riding range of 161 km and can be charged from 0 to 80 per cent in 20 minutes. Triumph also developed a soundtrack for the motorcycle. The battery and charging technology has been co-developed by Triumph and Williams Advanced Engineering (WAE).

TE-1 is based on an aluminium frame. Up-front, we can see the twin headlamps inspired by the Street Triple. The tail of the motorcycle is quite sharp and gets an LED tail lamp. Suspension duties are done by Ohlins in the front as well as at the rear. There is a TFT screen for the rider that provides all the required information.