This European country plans to reduce electric car subsidies from 2023

The financial subsidies paid to buyers of electric cars in Germany will expire completely once an allocated sum of 3.4 billion euros or $3.44 billion is spent from the budget of the next two years.
By : HT Auto Desk
| Updated on: 27 Jul 2022, 11:19 AM 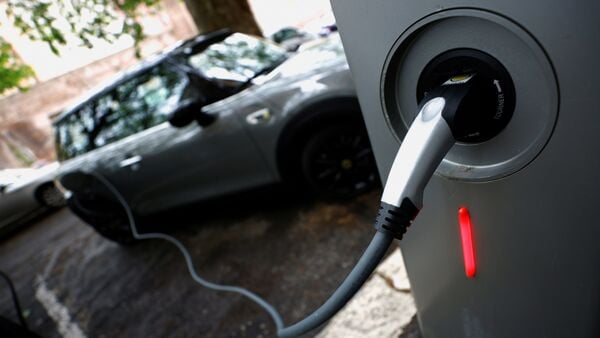 Germany is planning to reduce financial incentives to buy electric cars from next year after an agreement within the governing coalition. The reason for this is that battery powered vehicles in the country are seeing a growing popularity which is making the government subsidies unnecessary, the country's economy ministry told Reuters.

The financial subsidies or incentives or premiums that were paid to buyers of electric cars will expire completely once an allocated sum of 3.4 billion euros or $3.44 billion is spent from the budget of the next two years, according to government sources. "E-vehicles are becoming more and more popular and will no longer need government subsidies in the foreseeable future," Germany's Economy Minister Robert Habeck said.

While for cars priced over 65,000 euros, there is no subsidy and that will apply to vehicles priced at 45,000 euros and more from 2024. Further, the government will eliminate subsidies for company cars, with only private consumers benefiting from the scheme.

The government will also cut down incentives for plug-in hybrid cars at the end of the year as they are heavier than their counterparts and the battery-powered mode often lasts for only short distances. “For the forthcoming funding phase, we are placing a clear focus on climate protection and are concentrating funding on purely battery-electric vehicles," the minister said.

The sales of all-electric cars in Germany almost doubled to 328,000 units in 2021 compared to the previous year, thanks in part to the incentives scheme. And now, there are more than 600,000 electric-powered vehicles on German roads.