Electric two-wheeler sales growth will depend on aiding factors like improving charging infra, affordability of EVs etc.
By : HT Auto Desk
| Updated on: 25 Jul 2022, 09:09 AM 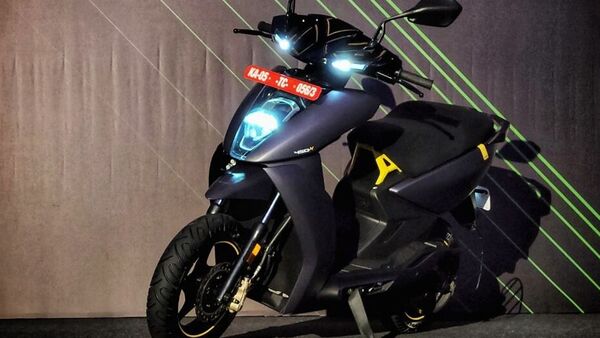 Electric two-wheeler space in India is majorly dominated by low-speed scooters, while some companies are bringing their high-speed models.

Electric two-wheelers have been leading the pack of electric vehicles in India for quite some time. Both the electric two and three-wheelers have been dominating the space. A study by Redseer claims that electric two-wheelers in India will see a growth of 78 per cent by 2030 if things go well. The aiding factors for this growth trajectory include consumer acceptance, government policies, improving battery technology, growing charging infrastructure etc.

Another factor aiding the growth of electric two-wheeler use is at least 20-30 per cent less cost of ownership of these vehicles as compared to their internal combustion engine-powered peers. Increased usage further increases the gap.

The study also claims that several factors such as an interactive dashboard, connectivity options, and driving features are also helping in the growth of electric two-wheelers. Better performance dynamics like instant acceleration as compared to their ICE counterparts too is helping the electric two-wheelers to be popular among Indian buyers, claims the study.

So far, electric two-wheeler space has been dominated by the low-speed models, which come with a top speed of less than 40 kmph and an average cruising range of around 80 km. However, these low-speed electric scooters have been accused of not promoting the Indian manufacturing industry, as they are assembled here after importing various parts from China and other markets. Lately, high-speed electric two-wheelers too are gaining momentum with several companies introducing their respective products in the segment. However, the number of players is low in this space. Also, this space is dominated by startups, as legacy players are still shying away from entering the segment.

Charging infrastructure remains one of the primary concerns when it comes to the growth and broader adoption of electric vehicles in the country. Currently, India has around 3,000 Ev charging stations, with six of them available for 1,000 electric vehicles.