Tesla may have delivered more than 261,000 vehicles globally during the three months ended in June, according to 9 analysts surveyed by Bloomberg.
By : Bloomberg
| Updated on: 02 Jul 2022, 09:57 AM 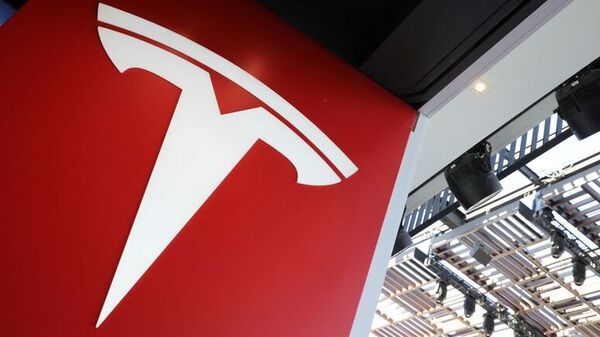 Tesla Inc. is expected to announce quarterly production and delivery figures this weekend that will likely be among the worst of the year -- and break its multi-quarter streak of record-setting results -- due largely to an extended shutdown of its factory in Shanghai.

The electric vehicle maker may have delivered more than 261,000 vehicles globally during the three months ended in June, according to 9 analysts surveyed by Bloomberg, ending a two-year stretch of consecutive quarterly gains. Tesla handed over more than 310,000 vehicles in the first three months of the year, more than any previous quarter.

“We cut our second-quarter deliveries estimate by 65,000 to 245,000 units, reflecting a prolonged Covid 19-related shutdown and logistical challenges in the Shanghai factory," wrote Emmanuel Rosner of Deutsche Bank in a research note to clients. “Recall that during the first-quarter call, CEO Elon Musk had provided directional guidance of sequentially flat deliveries for the quarter but the situation in China worsened subsequently, only improving in early June."

Deliveries are one of the most closely watched metrics at Tesla. They underpin the Austin, Texas-based company’s financial results and are widely seen as a broad barometer of consumer demand for EVs amid a wider shift away from the internal combustion engine. Many large automakers will announce US sales results Friday but Tesla, which reports global totals, hasn’t specified a release date.

Dan Levy, an analyst with Credit Suisse, reduced his delivery estimate for the period to 242,000 units. “In aggregate, we believe the Shanghai shutdown accounted for about 90,000 units of lost production in the second quarter," Levy wrote in a note to clients.

Tesla makes the Model S, X, 3 and Y vehicles at its plant in Fremont, California. It also produces Models 3 and Y at a factory near Shanghai. The company has begun delivering the first Model Ys from its new plant near Berlin and held a “Cyber Rodeo" event for 15,000 people in April to celebrate a new factory in Austin.

However, both Berlin and Austin have been slow to ramp up production, with Musk warning in a late May interview that both plants are “gigantic money furnaces."

Analysts and investors are also worried that the price hikes automakers are imposing to combat soaring raw material costs will weigh on demand. Tesla had boosted its sticker prices by as much as $6,000 a car earlier this month, according to Electrek.

A stronger-than-expected delivery number could provide a boost to Tesla’s stock, which is down more than 35% this year amid wider market concerns about rising energy costs, inflation and a potential recession. Musk shares many of those concerns and is in the process of laying off 10% of Tesla’s salaried work force while pushing others to return to the office.