Panasonic has announced Kansas in United States for the location of Tesla's new upcoming EV battery manufacturing facility. The factory will be built with an investment of up to $4 billion.
By : HT Auto Desk
| Updated on: 14 Jul 2022, 13:17 PM 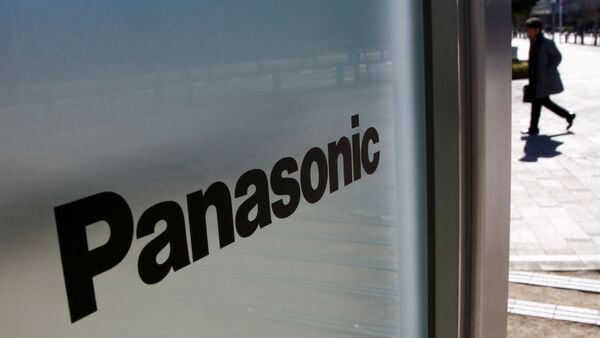 Panasonic picks Kansas for Tesla EV battery plant to be built with an investment of up to $4 billion. (File Photo)

Japanese tech giant Panasonic will help Tesla set up its new EV battery manufacturing plant. Panasonic Energy, which currently is among the top suppliers to the world's largest electric vehicle manufacturer, has picked Kansas in the United States for the location of the upcoming facility. The new factory is expected to be built at a cost of up to $4 billion and create jobs for 4,000 employees. The facility is expected to meet EV battery challenges faced by Tesla, as was mentioned by its CEO Elon Musk recently.

The new EV battery plant will be built in De Soto area which is located near Kansas City's metropolitan area. The new plant will add to Panasonic's battery output together with its other facility in Nevada. The new EV battery manufacturing facility will initially supply batteries to Tesla. Later, EV batteries manufactured at the Kansas plant could also be sold to other electric vehicle manufacturers in the US as well as around the world as the company aims it to be an EV battery manufacturing hub in future.

US President Joe Biden had earlier given the nod to allow Panasonic to set up the EV battery facility with the aim to reduce dependency on Asian companies for EV batteries and materials. The move is seen to aide domestic EV manufacturers with supplies amid global supply crisis. Kazuo Tadanobu, President of Panasonic Energy, said, "With the increased electrification of the automotive market, expanding battery production in the United States is critical to help meet demand."

Earlier, Tesla CEO Elon Musk had said that the EV maker is facing challenges to scale up its production of EV batteries which directly impacted in producing more electric cars. He had also urged EV battery manufacturers to increase output in order to help EV makers scale up production. Tesla, which is mainly based in the US with two facilities, also manufactures electric vehicles in China and Germany for Asian and European countries. Besides California and Texas, Tesla's manufacturing hubs are located in Berlin and Shanghai.

The tech giant will supply Tesla with a larger battery pack, known as the 4680 model. Production of the battery, which will enhance range of Tesla cars, will start next year in Japan.