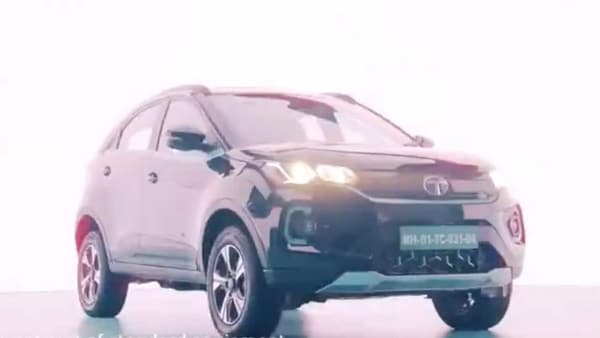 Tata Motors claims that the new Nexon EV Max will come with an improved real-life range of 300 km on a single charge.

Tata Nexon EV Max launch is slated to take place in India tomorrow (May 11). The company has also teased the car ahead of the official launch and also hinted at several refreshed features that the EV is bound to receive.

As per the latest official teasers, the new EV will also get a wireless mobile charger. That said, the company has also previously confirmed features like an illuminated dial for the gear lever, an electric parking brake with auto-hold function, and disc brakes for all four wheels. Instead of a traditional rotary gear selector, there will be a new screen displaying P-R-N-D inside the new EV. Close to the screen, the toggle for the electronic parking brake (EPB) and auto hold (first for a sub-4 metre SUV) will be seen. The SUV will also get a hill descent control button placed below the climate control knobs.

The Safar-maker says that its Nexon EV Max will be good enough for a real-world range of close to 300 kms on a single charge. The company added that the car will be able to drive from Mumbai to Pune and back in a single charge, the distance between the two cities (both ways) is over 300 kms. The company further informed that the Nexon EV Max will also be able to cover similar road trips between Bangalore and Mysore, Delhi and Kurukshetra, Chennai, and Pondicherry among others.

The new longer-ranged EV will get a bigger 40kWh lithium-ion battery pack. It is also likely to sport a more powerful 6.6kW AC charger to pace up its charging time. For the record, the existing model gets a smaller 30 kWh battery pack with a claimed 312 km of single-cycle charge.