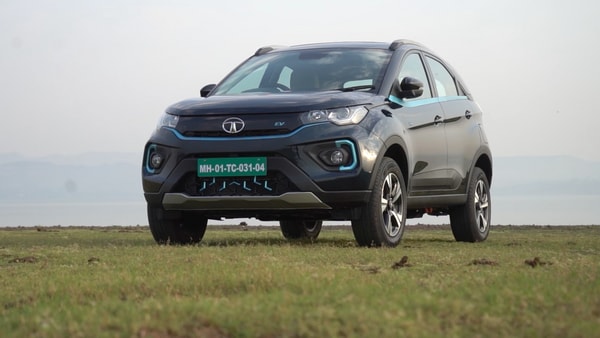 Tata Nexon EV Max, the latest EV from the carmaker, offers 437 km of range on a single charge.

Tata Motors is aiming to consolidate its position as the leader of electric four-wheeler passenger vehicle segment in India. The carmaker ended the first quarter of the financial year with 9,300 EVs sold between April and June. This is already nearly half the number of electric cars Tata Motors sold in the previous financial year. The company expects EV penetration will continue to go up.

Tata Motors performance in the electric vehicle segment has also helped it propel to become one of the three top carmakers in India. It is currently in a tight race with Korean carmaker Hyundai Motor to be the number two, behind Maruti Suzuki. Tata Motors' EV sales have grown exponentially in the last couple of years. Tata Motors had clocked a massive 353 per cent growth in the segment in the last financial year with 19,106 electric cars sold compared to the previous financial year.

With 9,300 units sold in the first quarter of the ongoing fiscal, Tata Motors is expected to outperform itself in the EV segment. The electric vehicles contributed about seven per cent of the carmaker's overall sales between April and June.

"Therefore, we remain quite bullish with respect to our game plan on EV. The recent launch of Nexon EV Max has just proven the point even further that the consumer is ready and willing to migrate. It's a question of how much we are able to supply. So, the challenge is more supply rather than demand," said PB Balaji, Group CFO at Tata Motors.