Ola Electric to invite over 50,000 S1 customers to Futurefactory 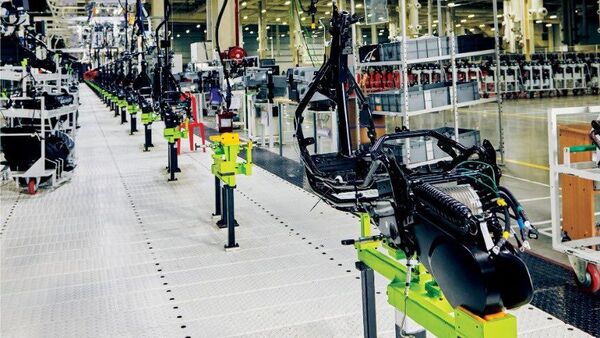 Ola Futurefactory to host the launch of Move OS 2 and customer celebrations on June 19.

Ola Electric is throwing the doors to its factory open to all customers who have bought the S1 electric scooter. Ola Electric CEO Bhavish Aggarwal has said that the guest list could exceed 50,000. He also said in his tweet that the ride-hailing startup turned EV manufacturer has planned to invite its S1 customers to offer a factory tour at the Ola Futurefactory in Tamil Nadu on June 19, adding that Ola Electric will have customer celebrations and launch the MoveOS 2 on that day.

This comes as an interesting announcement from Ola Electric CEO - known for his rather unconventional ways - as no other auto manufacturer has invited such a large number of customers to their respective production facilities for a factory tour.

For our customer event at the Ola Futurefactory on Sunday 19th June, earlier plan was to invite 1000 customers.

Now we’ve decided to invite ALL our Ola S1 customers, more than 50,000! We’ll have a factory tour, customer celebrations and MoveOS 2 launch!!#EndICEAge pic.twitter.com/WSiJZnQVV9

Ola Electric has hit headlines repeatedly over the past several months with a fair share of positive as well as negative opinions about it and its product. The EV maker had launched the S1 Pro electric scooter in 2021 and follows a direct-to-home sales approach with no dealership network. While many have complimented the ability of the company to deliver the S1 Pro to even remote locations of the country, others continue to complain of very long wait times despite being in metropolitan cities.

The S1 Pro model itself has been one of the most talked-about electric scooters with the claim of a solid real-world range of over 130 kms, quick acceleration and a long list of features. But there have also been complaints of shoddy finish on some units, mechanical faults and even an instance of an S1 Pro catching fire.

Ola Electric did issue a recall order recently which covered around 1,100 units but it also continues to underline that it strictly adheres to quality-control measures and that it is ramping up production to further cut wait times for those who buy units through the digital channel.