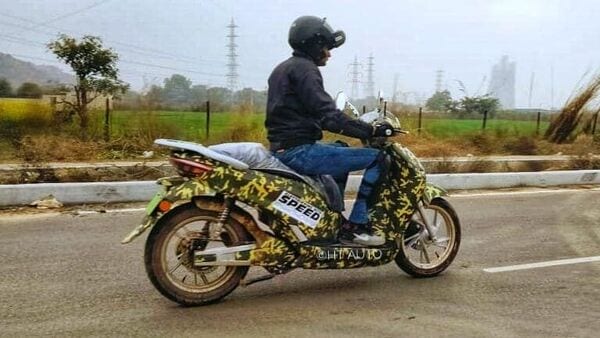 Oki90 e-scooter from Okinawa will take the fight against the rivals such as Ola S1 and Simple One.

Electric vehicle manufacturer Okinawa has announced the launch date of its upcoming electric scooter Okhi 90 on 24th March 2022. The upcoming Okhi 90 will be the new high-speed electric scooter from the brand that has a range of low and high-speed models in its portfolio.

Other features will include an LED instrument cluster that will show information such as speed, range, battery charge, etc. The scooter is expected to come with connected technology via an e-sim and a smartphone application. It could come with features like turn-by-turn navigation, vehicle alerts, geo-fencing, e-call, diagnostics, ride behaviour analysis etc.

Okinawa hasn't revealed anything about the powertrain onboard the Okhi 90. Expect it to come with a lithium-ion battery pack that would be able to run at a top speed of around 80 kmph. It could run around 150 km range on a single charge.

Upon launch, the Okinawa Okhi 90 will compete with rivals such as Ola S1, Simple One, Bajaj Chetak, TVS iQube etc. The company is yet to reveal the pricing details of the upcoming electric scooter. But, expect it to be priced competitively against its rivals.