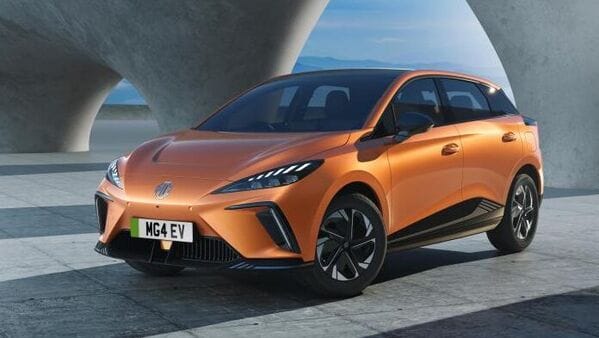 MG has rolled out the first set of images of the new MG4 electric crossover model which sets sight on the Kia EV6 battery-powered car. It will go on sale in the UK market later this year in September, followed by its introduction elsewhere.

The new MG4 EV has been introduced based on the company's new Modular Scalable Platform (MSP) architecture which will also be used by several future electric models by MG. The new platform supports a wide variety of wheelbases ranging from 2650 mm to 3100 mm, so in the future, it could be seen in a range of MG cars. In addition to this, this platform could also be used for battery packs from 40 kWh to 150 kWh.

The new crossover gets a relatively fresh and modern design. Surprisingly, on the outside, it doesn't look like an MG. At the front, it gets a distinctive front end that doesn't feature a grille. There are sleek, stretching LED headlamps that flank the MG logo located at the centre of its snout. Other key highlights of its exterior body include a glass roof, full-width LED tail lights, a skid plate on the rear bumper, and aero-style alloy wheels. 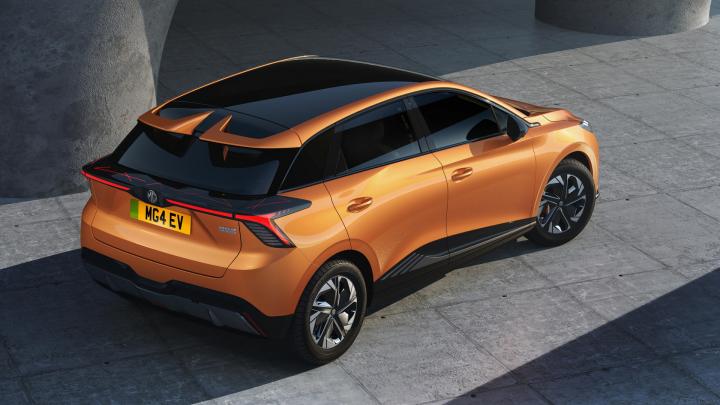 MG4 will be initially rolled out with a single-motor rear-wheel-drive powertrain.

The company has confirmed that the new MG4 will be initially rolled out with a single-motor rear-wheel-drive powertrain. This powertrain will be available in two output formats - 167 bhp and 201 bhp. Moreover, in the later stage, the car will be introduced in a much more powerful 443 bhp dual-motor four-wheel-drive version. Expect the same to be officially announced sometime in 2023. This specific performance version will be capable of hitting 0-100 km/hr in just 3.8 seconds and will hit a top speed of 160 km/hr.

The 167 bhp version of the car will come fitted with a 51 kWh battery, on the other hand, the bigger 201 bhp version will get a larger 64 kWh battery pack. The same pack will also be shared with the upcoming performance version of the car. As per the official claims, the WLTP range of the electric crossover will range between 350 - 452 km, depending up on the variant selected.